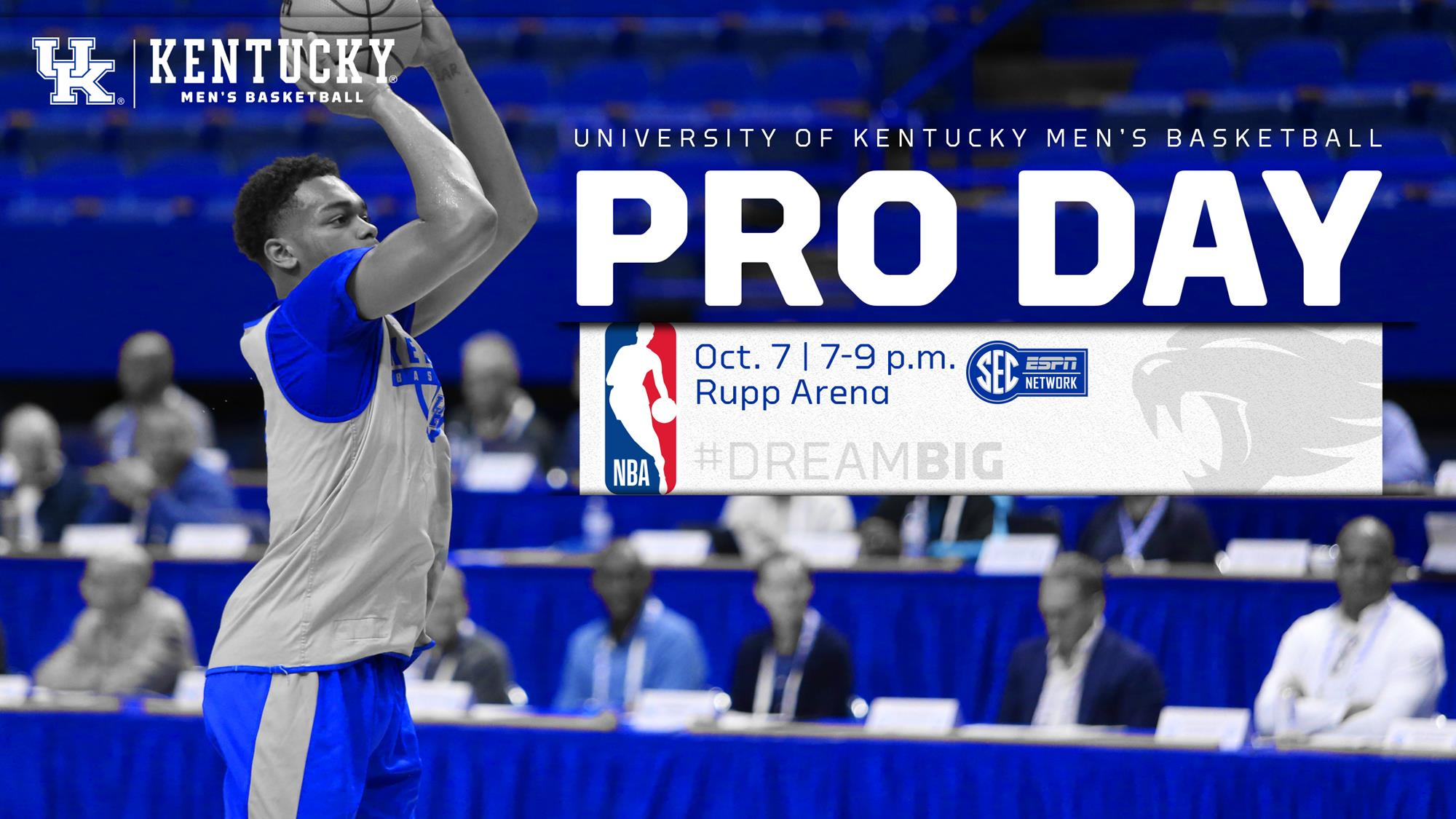 LEXINGTON, Ky. – Kentucky men’s basketball’s annual Pro Day, which provides NBA teams with an up-close look at the current Wildcats’ roster, has been set for Oct. 7 in Rupp Arena.

But it won’t just be NBA teams that get to watch.

Kentucky fans will once again get a sneak peek, as the SEC Network will televise the practice live from 7 to 9 p.m. It’s the fifth consecutive season UK’s Pro Day will be televised. Tom Hart, Seth Greenberg and Jimmy Dykes will be on hand to call the action for the SEC Network.

For the second year in a row, Pro Day will take place in Rupp Arena. The previous three years were held in the Joe Craft Center, UK’s on-campus practice facility.

All 30 NBA teams are invited to the annual Pro Day, where the Wildcats will go through a combine-like practice conducted by Kentucky coaches and staff. Coaches and staff will direct the players through various agility and shooting drills in addition to 3-on-3 and 5-on-5 scrimmaging. All 30 NBA teams were represented during the previous four seasons.

The televised practice will serve as a warm-up before Big Blue Madness, which will take place the following week, on Oct. 12, in Rupp Arena.

Kentucky is coming off a 26-11 season that included another Southeastern Conference Tournament championship, UK’s sixth of the John Calipari era.

The Wildcats welcome back PJ Washington, UK’s third-leading scorer and leading rebounder from a season ago, Quade Green, the Wildcats’ second-leading assist man, and Nick Richards, who started every game in 2017-18. To replace the losses of Kevin Knox, Shai Gilgeous-Alexander, Jarred Vanderbilt, Hamdiou Diallo and Wenyen Gabriel, all of whom have signed NBA contracts, Calipari has brought in another top-ranked recruiting class, which showcased its talent during UK’s 4-0 foreign exhibition tour in the Bahamas.