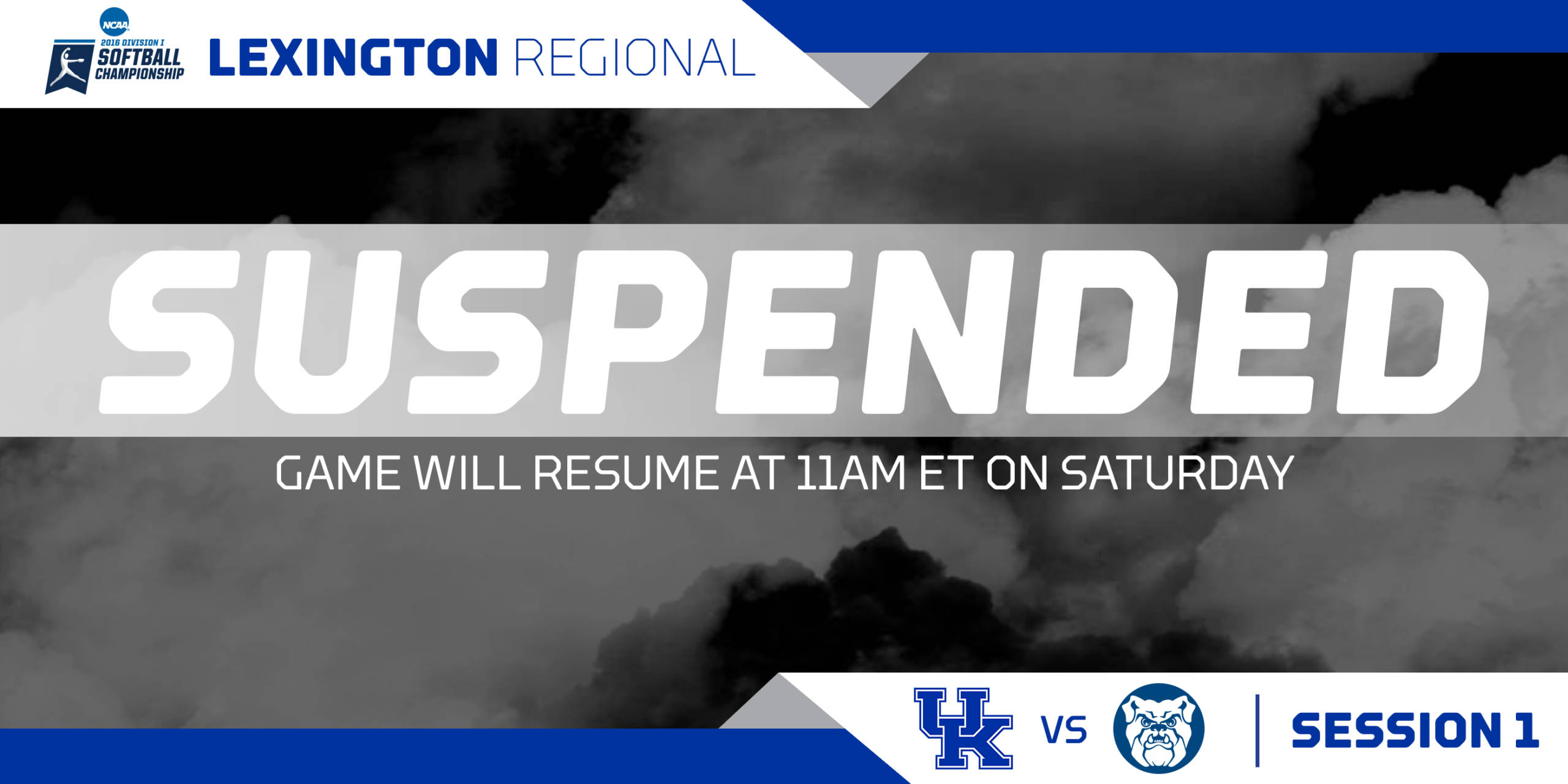 LEXINGTON, Ky. – The
Kentucky softball team’s opening round game of the 2016 NCAA Softball
Tournament with Butler has been suspended in the top of the second inning until
Saturday morning due to rain.

The game will resume Saturday at 11
a.m. ET at John Cropp Stadium in Lexington before the winner’s bracket game against
Utah – who beat Illinois, 1-0 – starts at its scheduled time of 1 p.m. ET.

Kentucky holds a 2-0 lead in the
top of the second after putting up a two spot in the opening inning. Sylver
Samuel led off the inning with a bloop single to center before a Katie Reed RBI
triple to the wall in center scored Samuel. Abbey Cheek’s RBI groundout pushed
across UK’s second run of the inning.

The game will pick up from the
point of interruption, with Butler batting against Kelsey Nunley in the top of
the second inning with a runner on second base and no outs.