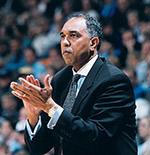 As Kentucky made its run to the NCAA’s 2005 Elite Eight, national media members began to notice unusual traits about Tubby Smith’s latest group of Wildcats. For instance, no player scored 15 or more points a game. No one averaged eight rebounds. As many as 13 players routinely saw action, often in the first half alone.

This team was selfless and versatile, yet extremely competitive, just like its coach, Orlando “Tubby” Smith.

In his 10 seasons in the Bluegrass, Smith won with McDonald’s All-Americans and with unheralded prep talent. He won with future NBA stars and with walk-ons from within the Commonwealth. He won with experience and with new players.

In a nutshell, he won.

Smith took over as head coach for the 1997-98 season, and guided Kentucky to one national championship, five SEC crowns and five SEC Tournament titles, with six Sweet 16 finishes in his 10 seasons. He totaled 100 wins quicker than any other Wildcat coach except Hall of Famer Adolph Rupp, reaching the plateau in 130 games. He won 76% of his games despite playing a schedule that annually ranked among the nation’s best.
In NCAA Tournament play, Smith finished his career at UK with the sixth-best winning percentage (69%) among active coaches, trailing Duke’s Mike Krzyzewski and Michigan State’s Tom Izzo, among others, with a sterling 29-13 record (including his previous stops at Tulsa and Georgia).
Even more impressive, Smith averaged nearly 26 wins per season at Kentucky. In the SEC Tournament, he was 20-5 at UK, and he won a league championship (regular season or tournament) seven times in his 10 years as head coach.

Smith was a three-time national coach of the year at Kentucky and was named SEC Coach of the Year in three different seasons. 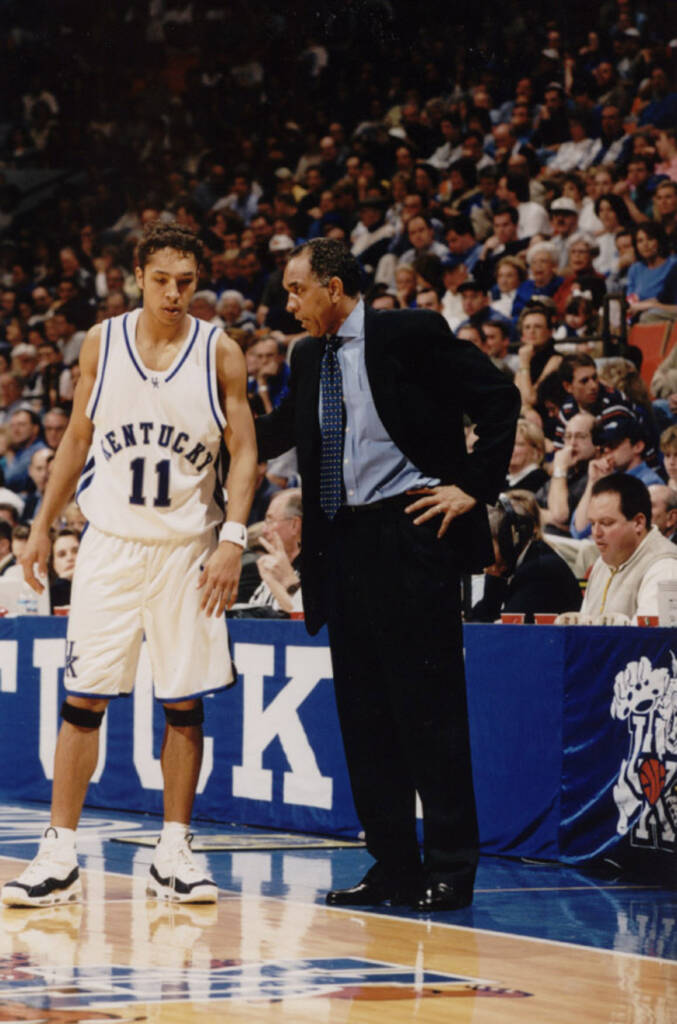