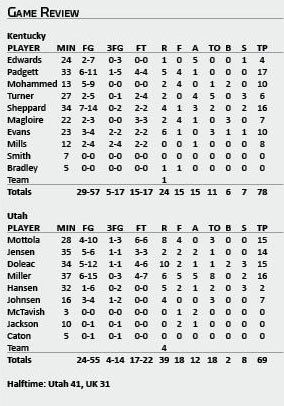 Kentucky battled back from a 41-31 halftime deficit to Utah — the largest halftime margin ever overcome in an NCAA title game — to claim the school’s seventh national championship before 40,509 fans in the Alamodome.

Utah was propelled to the early lead thanks to a 24-6 rebounding advantage in the first half. But Heshimu Evans sparked the “Comeback Cats” off the bench with seven straight points early in the second half.

Later, Final Four Most Outstanding Player Jeff Sheppard canned a baseline jumper with 4:54 remaining to give UK a 65-64 lead. The exhausted Utes then missed 11 consecutive field goals as the Wildcats claimed their second NCAA championship in three years.

Scott Padgett joined Sheppard on the All-Final Four team after scoring 17 points. UK outrebounded the Utes 18-15 in the second half.

Most Outstanding Player: Jeff Sheppard – 16 points on 7-of-14 shooting 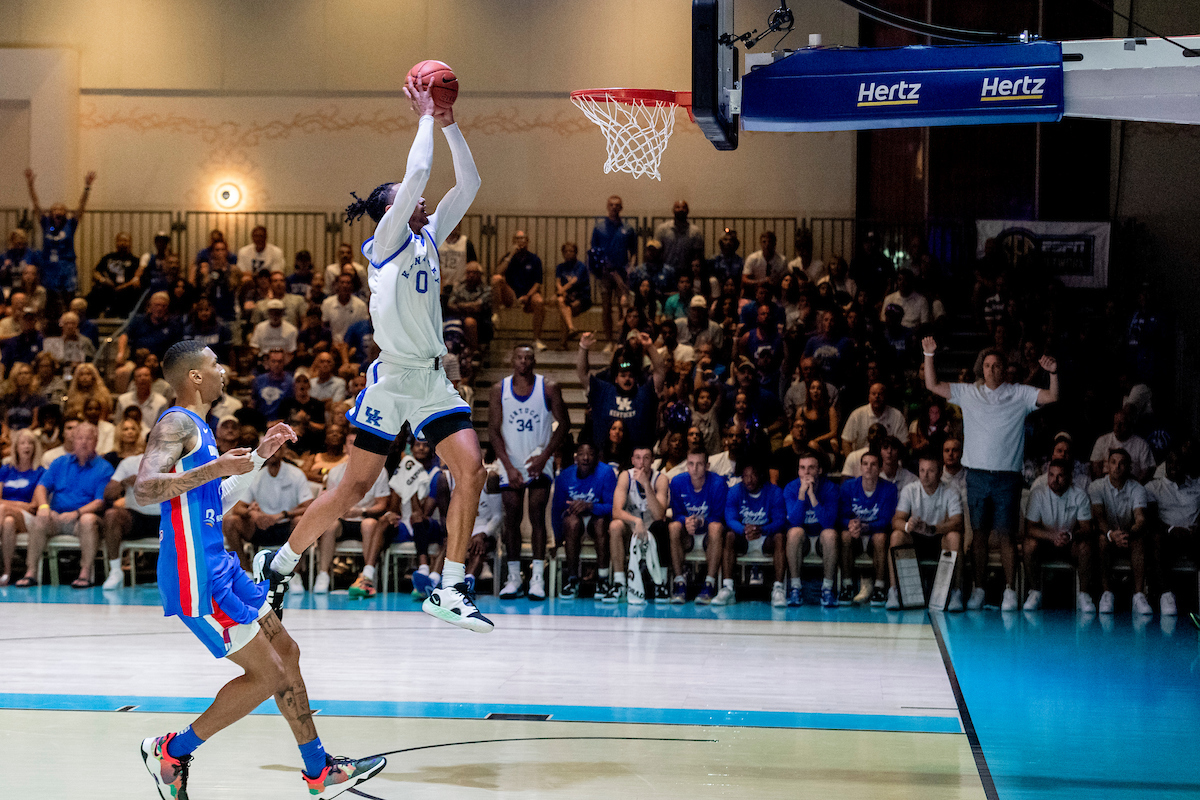