LEXINGTON, Ky. – Kentucky’s swimming and diving team opened up its home slate by hosting Southeastern Conference opponent Texas A&M, falling on both sides to the Aggies.  The men dropped a 155-145 decision to the conference foe, while the women fell by a 179-121 tally.

“It was a really deep A&M team, so I think we fought really well,” noted head coach Lars Jorgensen.  “The men were really good.  It was a competitive meet and it came down to a few races here and there.”

The men won 7-of-16 events with a rare two ties for the fastest times.  Leading the way in individual wins was Kyle Higgins, who swept the butterfly events.  The junior had a strong season debut with an NCAA consideration mark of 1:47.94 in the 200 fly before winning the 100 fly in 48.99 seconds, just half a second off the B cut time for the event.  Higgins also competed in the 400 free relay, which picked up a win with Sean Gunn, Walker Thaning and Scott Crosthwaite in 3:02.47.

Gunn picked up a win in the 100 free in 45.08 seconds as part of the battle to be the fastest freestyle sprinter in the pool between himself and Texas A&M’s Jacob Gonzales.  Gunn and Gonzales both anchored the 200 medley relay lineups, which tied for first in 1:31.08, before tying for the lead time in the 50 free in 20.63 seconds.  Also swimming with Gunn in the lead-tying relay were Thaning, Tanner Anderson, and Matt Roman.

The Blue and White saw its depth showcased in the distance freestyle races, delivering a 1-2 punch in the 500 free along with a sweep in the 1000 free.  The trio of Andrew Aviotti, Brandon Flynn and Jamie Stevenson got the Wildcats in the lead with their performance in the 1000 free, as Aviotti touched in at 9:15.72, followed by Flynn in 9:28.35 and Stevenson in 9:30.18.

On the springboards, Seb Masterton made his collegiate debut with a pair of runner-up finishes. In the 1-meter dive, he scored 317.03 to pace Levi Lindsey’s third-place tally of 305.48 points.  He also notched 326.33 points in the 3-meter dive to finish second in the event.

The women saw victories in five events during the afternoon’s meet.  Danielle Galyer remained undefeated in the backstroke events, winning the 100 back in 54.13 seconds and the 200 back in 1:56.85.  The junior also swam on the runner-up 200 medley and 400 free relays.  The medley relay, in which Galyer swam with Kendra Crew, Haley McInerny and Geena Freriks, touched in at 1:42.77, while the 400 free relay lineup made up ground behind Meredith Whisenhunt, Casey Kendal and Freriks with a second-place finish in 3:29.47.

Crew and McInerny picked up wins in the mid-distance races for their specialty strokes, with Crew edging out the competition in the 200 breast in 2:15.83 and McInerny recording her second collegiate 200 fly victory in 2:01.39.  Additionally, Crew’s mark in the 200 breast is an NCAA consideration mark, making her the third Wildcat to accomplish the feat this season along with Higgins and Galyer.  Both swimmers took second in the 100-yard races, as Crew dropped time in the 100 breast to finish in 1:03.56 and McInerny dropped a close 100 fly in 55.21 seconds.

Though not a victory, the women continued to see strength in the distance freestyle races much like the men’s team.  Casey led the team in the 1000 free, placing second in 10:05.09, followed by Kathryn Painter in 10:10.97 and Meredith Whisenhunt in 10:14.16, both personal records for the freshmen.  Casey also finished second in the 500 free in 4:58.68, as she was just one of two competitors to dip below the five-minute barrier for the race, and led the team in the 200 IM with a fourth-place finish in 2:05.70.

The 200 and 100 free saw Freriks lead the way for the Cats.  Freriks first notched a 1:50.61 in the 200 free to take second before she improved on her time from Saturday in the 100 free in 51.15 seconds, finishing runner-up by less than two hundredths of a second.  Rounding out the sprints, Meghan Taylor had the fastest time for the team in 24.41 seconds, placing fourth.

The Wildcats will head to Bloomington, Ind. on Oct. 30 for their next competition.  Along with host team Indiana, UK will also face SEC opponent Tennessee and North Carolina in the four-team meet. 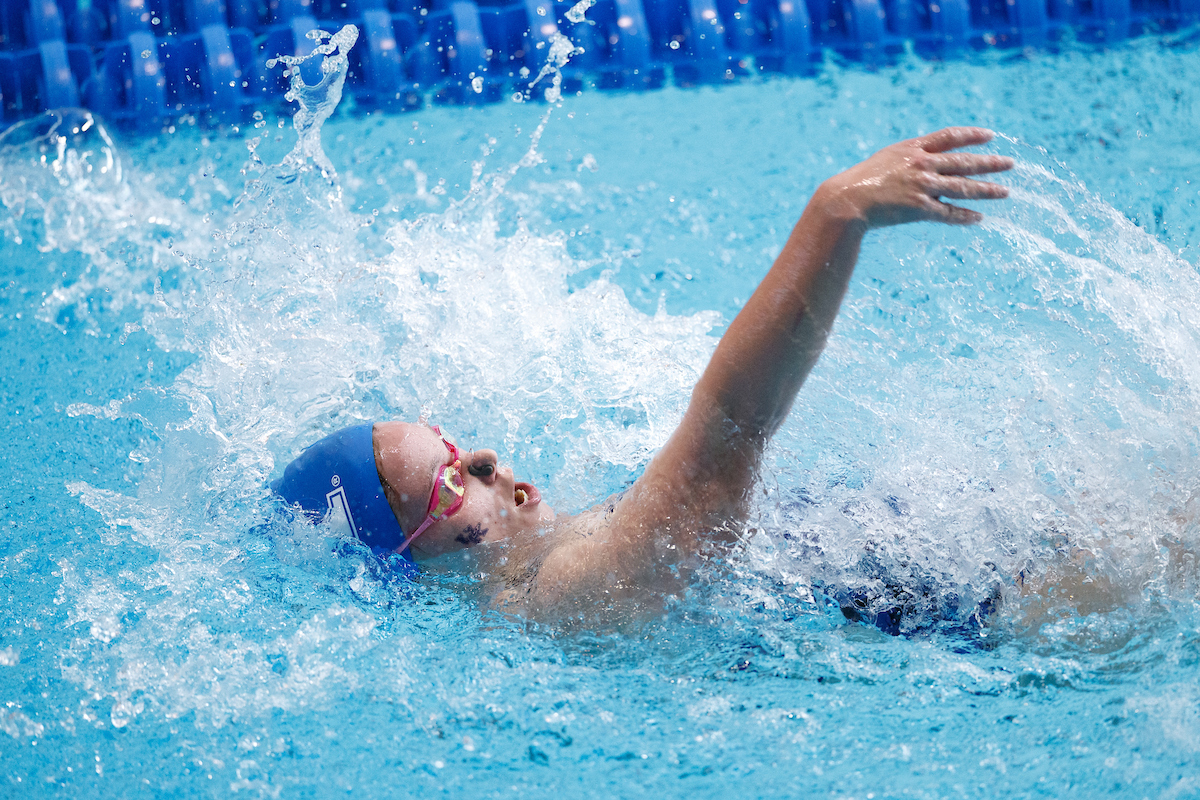 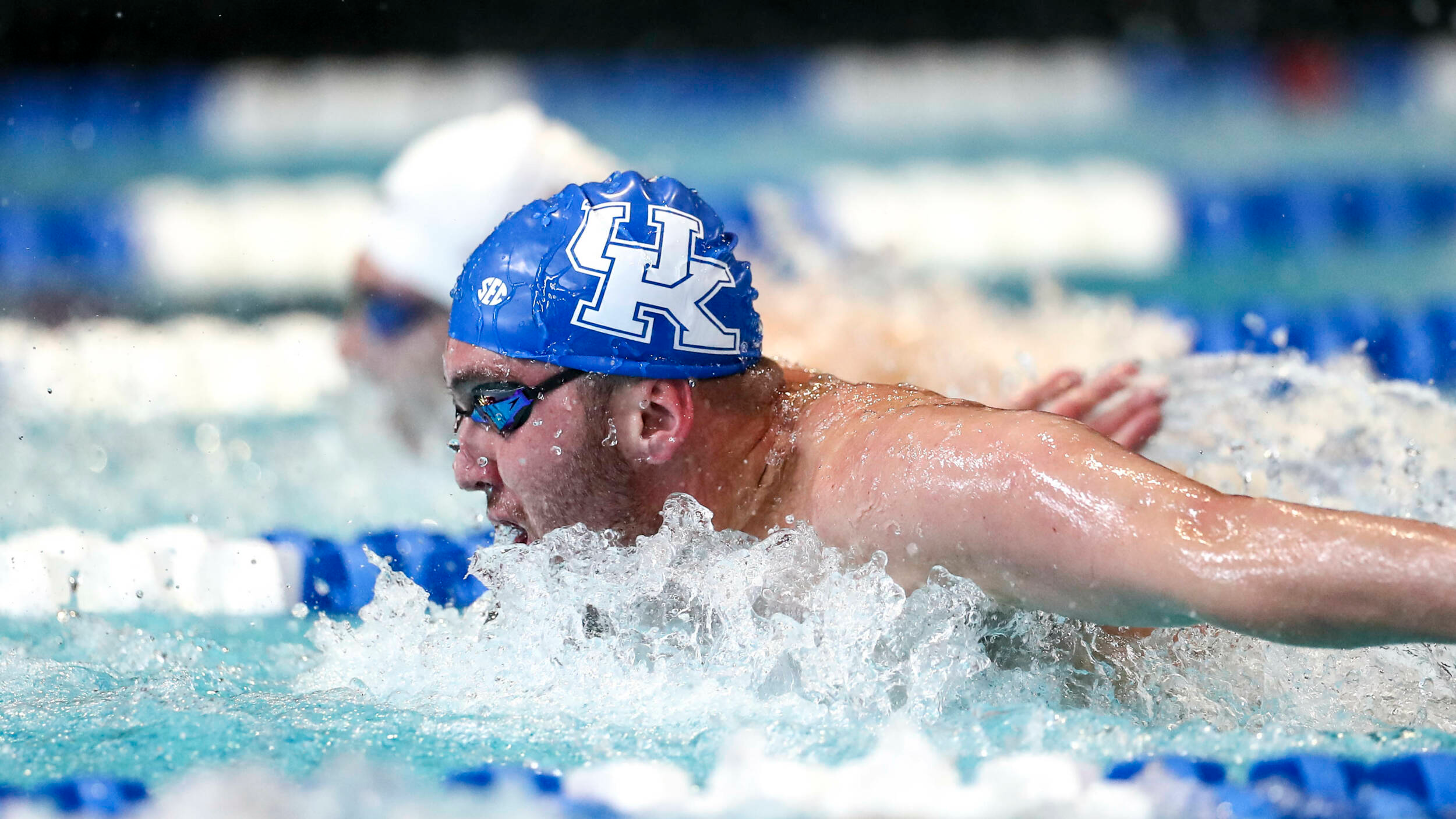 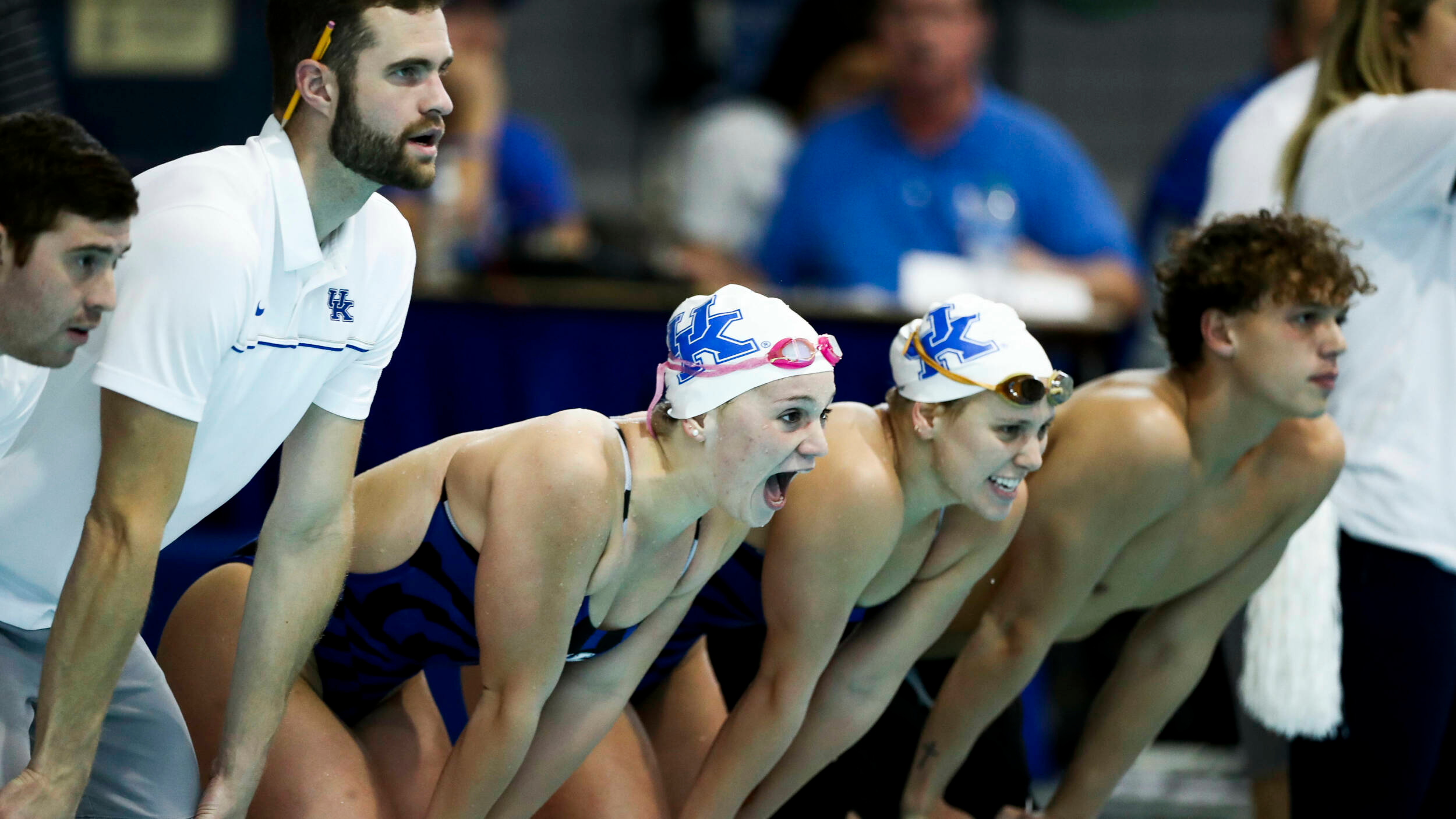