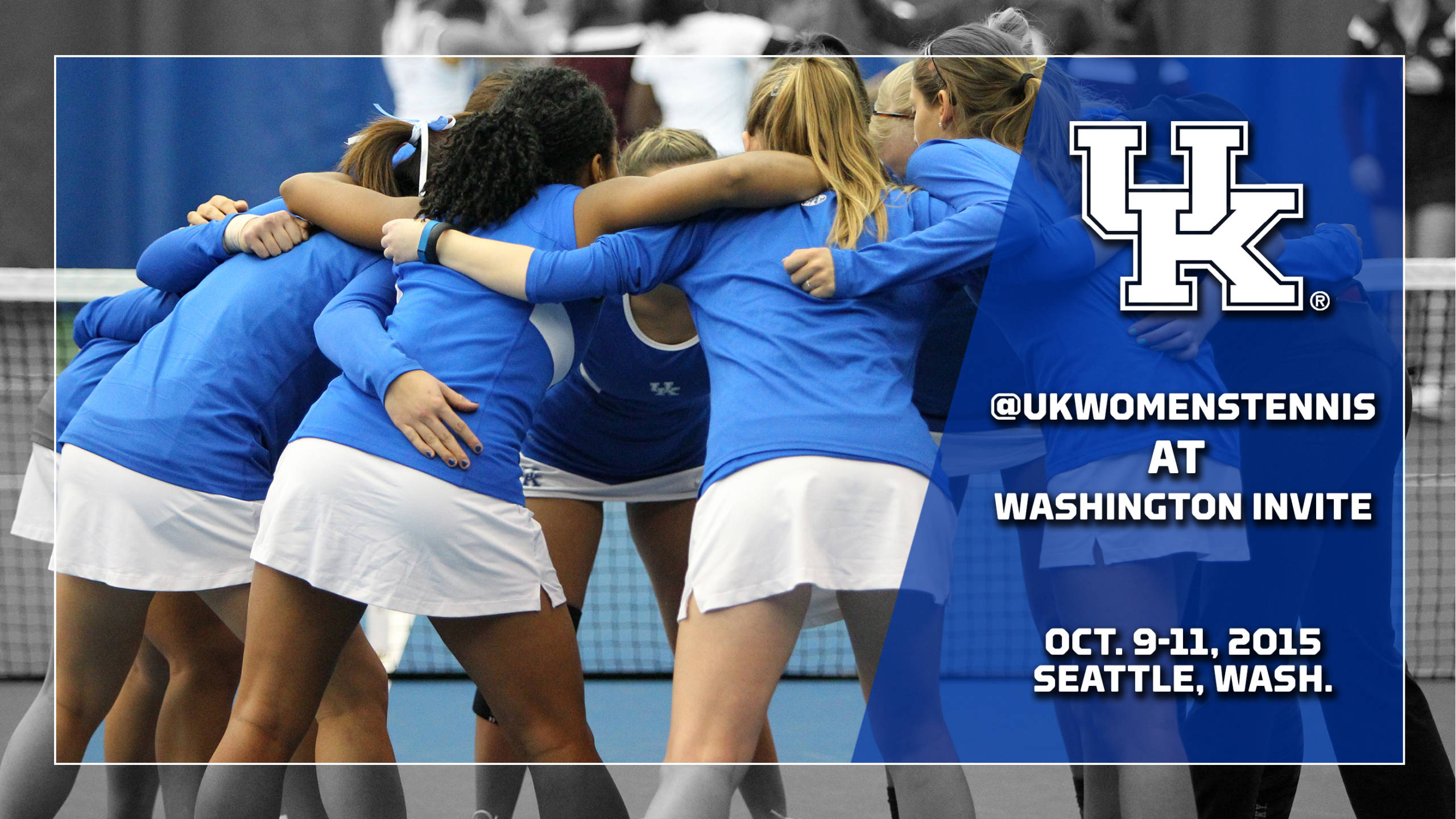 The squad will square off against host Washington, as well as the Oregon and Pepperdine tennis teams.  Pepperdine comes in as the highest-ranked team from the last ITA Division I rankings on May 26, holding down the No. 22 spot.  Kentucky, who finished 25th in last season’s rankings, has already faced off with the Waves this year, when the No. 9 doubles pair of Mami Adachi and Aldila Sutjiadi took down No. 8 Matea Cutura and Christine Maddox, 6-4, 6-1, in the first round of the Oracle/ITA Masters on Sept. 19.

Washington and Oregon were similarly ranked at the end of the 2015 season, with the Huskies sitting at 64th just ahead of the Ducks at 65th.  Three Washington students opened up the fall season at the Riviera/ITA All-American Championships, falling in the pre-qualifying singles round.  Oregon had some success at the WSU Invitational, as newcomer Shweta Sangwan won the Gray flight singles championship and two other Ducks made individual championships in their respective flights along with a flight championship doubles appearance.

The weekend’s matchups will be the first tournament for a trio of Wildcats, including a pair of Lithuanian freshmen.  Justina Mikulskyte and Akvile Parazinskaite join the Wildcats for their rookie seasons with strong junior careers to their name.  Mikulskyte notched her highest International Tennis Federation junior ranking of No. 42 before coming to UK and recorded 66 singles and 77 doubles victories.  Her compatriot, Parazinskaite, is a two-time bronze medalist at the Junior Olympics in China, with a highest ITF junior circuit ranking of 19th and was ranked as high as No. 621 in the Women’s Tennis Association.

Morgan Chumney also joins the Wildcats after transferring from Oklahoma, where she was one of six Sooners to record 20-plus wins in singles during 2014.  Coming out of high school, Chumney was a five-star recruit, ranked as the No. 63 player in the nation and the No. 20 player in the Southeast.

“We are looking forward to a lot of intense matches this weekend and great opportunities to learn and prepare for the rest of the season,” commented head coach Carlos Dradá.  “All of our players have done a great job embracing our culture and are eager to play.  It is great to see such a strong team chemistry this early in the season.”

Kentucky will open up play on Friday, Oct. 9, when the doubles pairings square off against Oregon at 9 a.m. PT, while Washington and Pepperdine doubles will also duel.  Following the matchups, Kentucky will then take on Pepperdine before taking a slight break until 3 p.m. PT, when singles matchups against Washington are slated to begin.

Saturday’s schedule will see the doubles teams clash with Washington first thing at 9 a.m. PT, followed by the Wildcats’ singles squaring off with Oregon at 1 p.m. PT.  The tournament will close out with UK taking on Pepperdine in singles at 9 a.m. PT on Sunday, Oct. 11.

Mami Adachi and Aldila Sutjiadi carried over their stellar play from last year, finishing runner-up in the first national collegiate championship of the year at the Oracle/ITA Masters on Sept. 24.  The pair first downed No. 8 Matea Cutura and Christine Maddox of Pepperdine, 6-4, 6-1, in front of their home crowd in Malibu, Calif.  They then knocked off No. 3 Maegan Manass and Denise Starr from California, 7-6 (3), 6-3, to advance to the championship match.  In the third straight matchup with a pairing from the Golden State, Adachi and Sutjiadi fell in matching 6-2 sets to Southern California’s Giuliana Olmos and Gabby Smith.

The young lineup has had increasing success when playing together, as Adachi and Sutjiadi have prevailed over six pairings ranked in the top-20, including four in the top-10, to go with a Sweet 16 appearance at the 2015 NCAA Championships.

WILDCATS IN THE PRE-SEASON RANKINGS

For the second consecutive year, three Kentucky women’s tennis standouts were ranked in the Oracle/Intercollegiate Tennis Association Division I Women’s Preseason Rankings, the ITA announced Sept. 19.  This year’s rankings were highlighted by Mami Adachi and Aldila Sutjiadi with their first top-10 ranking, landing the No. 9 doubles spot.  The duo finished ranked No. 26 last season after defeating the No. 12 doubles pair and making it to the Sweet 16 at the NCAA Tournament, and hold the fourth highest ranking among Southeastern Conference pairings.

Individually, Sutjiadi was ranked No. 78 while Adachi is the No. 120 singles player in the preseason rankings.  The squad is led by Nadia Ravita as the No. 56 singles player.