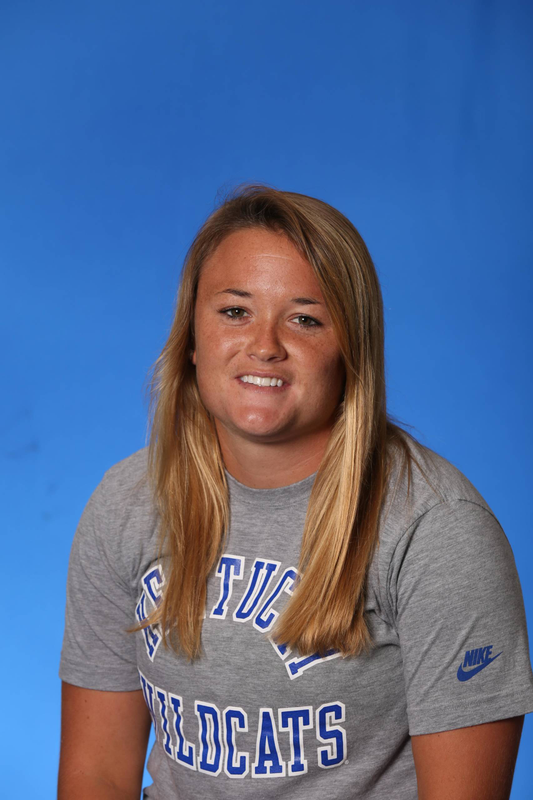 Sammy is a 2015 graduate of the University of Notre Dame
with a Bachelor of Business Administration in Marketing from the Mendoza
College of Business.

She was a four year
monogram winner and cornerstone of
defense at center back on the Notre Dame women’s soccer team. She played
in 88 of 89 matches over four years, starting 79 of those,  logging a total of 7429 minutes and missed
only one game in four years due to a red card. Her Notre Dame team made the
NCAA Championship tournament all four years making one first round, two third
round and one quarter final appearance.

Sammy was voted Freshman of the Year in 2011, team MVP in
2014 and served as a captain her senior year.
She holds the record for the latest match-winning goal scored in
regulation in school history with a goal with :03 seconds left in the game.  She was a two time member of the Rosenthal
Leadership Academy  and was an ACC and
Big East honor roll recipient.  She also
participated in the Habitat for Humanity, Dream Team, Relay for Life and Adopt
a Family programs while at Notre Dame.

She earned two invitations to US National Team camps-
January 2012 with the U23 team and April 2010 with the U18 team.  She spent two summers ( 2011-12) as starting
center back for the Chicago Red Stars in the
Women’s Premier Soccer League (WPSL) being named to the 2011 WPSL
All-Championship Team.

Sammy played her club soccer for Chicago’s Eclipse Select
and coach Rory Dames. Her team made USYS National finals four times winning U17
(2009) and U23 (2013) crowns and finishing second  U16 (2008) and U18 (2010).  They also won three consecutive USYS Region II
Championships and Illinois State Cups. Her team played in the ECNL where she
won an all-event team honor and helped the club win a Club Championship in
2011.  She attended Adidas Elite Soccer
Program (ESP) in 2009 and spent two years in ODP Region II and Illinois ODP.

Sammy graduated from Geneva High School in Geneva, Illinois
in 2011. She did not play high school soccer, competing full-time on club level
but did compete all four years in basketball.
She was team captain, named all-conference and academic all-conference
and earned several all-tournament basketball  honors. Her team won three conference,
regional and sectional crowns, one super-sectional  and one Illinois State semi-final  title.

Sammy’s coaching experience includes head coach of the U13
girl’s Michiana Echo soccer team and Coerver
Coaching Indiana in the spring of 2015.
She was also an assistant coach/camp counselor for the University of
Notre Dame women’s soccer summer camps. She currently holds a US Soccer
National E and F License.