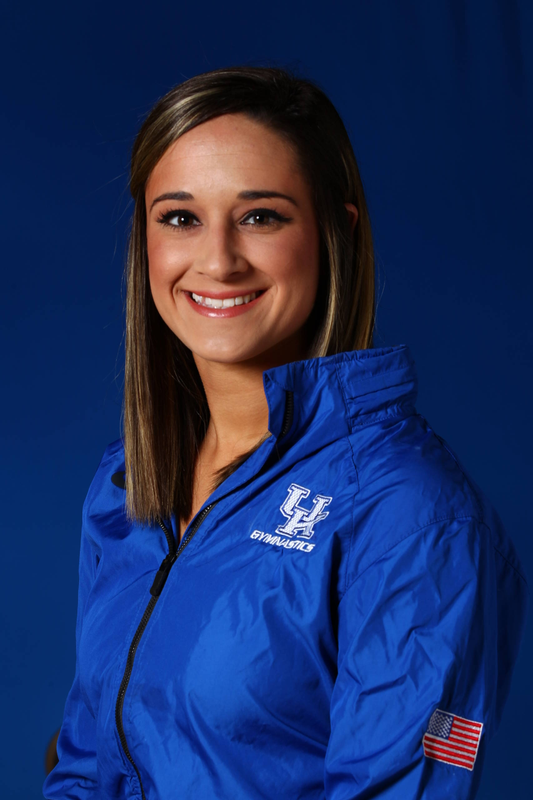 2015 (Senior): Named a team captain for the 2014-15 season, along with fellow senior Kayla Hartley … Competed on vault, bars and beam in Kentucky’s first two meets in 2015 before she missed the remainder of the season after an injury prior to UK’s third meet … Was named to the 2015 SEC Academic Team for the second consecutive season … Recorded a 9.775 on both vault and bars in the Wildcats’ season-opener at Washington and again a week later at home on Excite Night.

2013 (Sophomore): Emerged as one of UK’s vocal leaders and backed it up with her performances throughout the season … All-SEC selection on uneven bars … SEC Specialist of the Week on March 18 after she won bars and beam with career high scores on both events to lead UK to a school-record team score at Penn State … Beam score of 9.95 was third-highest in school history … Competed in three events seven times throughout the season, and also competed in the all-around at NCAA Regionals … Went over 9.8 on both bars and beam at National Champions Florida.

Pre-College: Competed at Docksiders Gymnastics Club under coach Bob Ouellette … Was named to the 2011 Maryland State Team after a solid performance at the Maryland State Championships … Won the Level 10 all-around title at the championships, while also finishing first on uneven bars, second on balance beam and floor exercise, and tied for fifth on vault … Competed in the 2011 Region Seven Championships, finishing first in bars and fourth in the all-around competition and in vault and floor.

Personal: Full name is Alexis Larue Gross … Parents are Mark and Cyndi Gross … Graduated from Archbishop Spalding High School … Native of Pasadena, Md. … Has one sibling, a young brother named Jordan, who is 16 … Plans on majoring in engineering.