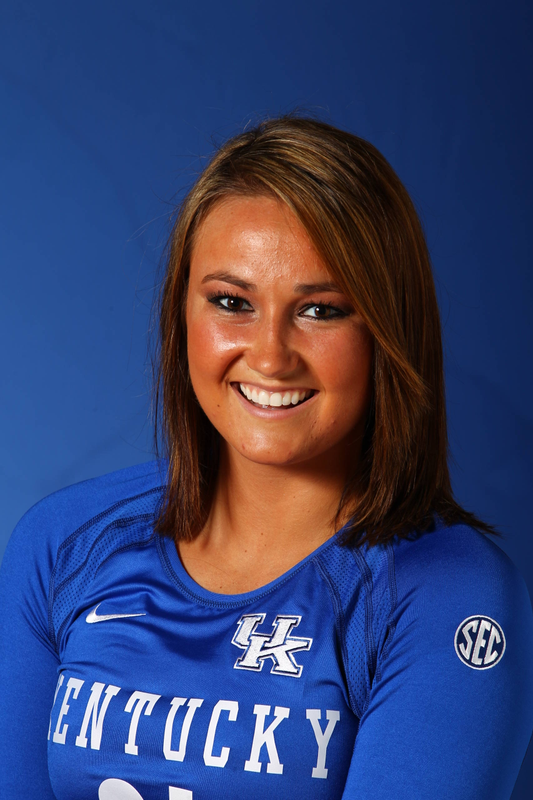 2014 (Sophomore): Was named to the Capital One Academic All-District First Team in addition to earning SEC Community Service Team and All-SEC Academic team accolades … Played in 29 matches with three starts as a redshirt sophomore and tallied 148 digs, 12 assists and two aces … Posted her second ace of the season in the NCAA Tournament’s second round vs. Ohio State … Recorded six digs and her first service ace of the season in a start vs. Tennessee … Notched nine digs and one assist vs. LSU … Had six digs in back-to-back matches, vs. Texas A&M and at Tennessee … In three consecutive matches, tallied a career-high-tying 11 digs with two assists vs. Xavier, followed by a 10-dig showing with one assist at LSU and eight digs at South Carolina … Set a career high with 11 digs at North Carolina, her fourth consecutive match with at least seven digs … Opened the season with seven digs and three assists vs. Wichita State and followed with another seven digs the following day vs. Virginia Tech.

2013 (Redshirt Freshman): Earned All-SEC Academic team honors … Played in 16 of UK’s 31 matches with 12 starts … Had 83 digs for a 1.60 digs per set rate, the fifth-best total on the team in 2013 … Recorded nine digs in UK’s NCAA Tournament Second Round game vs. Michigan State … Posted 12 digs and one service ace, both career highs, against Texas A&M … Had five digs at Mississippi State … Registered a career-best nine digs with one assist against South Carolina … Made her first career start against Alabama and registered two digs … Notched eight digs with one assist against Mississippi State … Recorded three digs at Georgia … Logged a dig in limited action at No. 2 Florida … Made her first career appearance in UK’s victory over Ole Miss and registered one dig.

2012 (Freshman): Did not see game action in her first season with UK. Will utilize the season as a redshirt year.

High School: A 2011 Under Armour All-America Honorable Mention selection … PrepVolleyball named her as one of its Defensive Dandies and a member of its top-150 Senior Aces … Led her high school squad to the 2011 State High School Championship and earned first-team All-State honors … Furthermore, she was a first-team Defensive Dandy selection … As a junior, she was a third-team All-State selection and the team’s most valuable player … Max Preps named high school squad among its Tour of Champions, a list of the top-15 high school teams in the nation … Earned the 2011 Community Service award from her high school … Picked up 557 digs and added 30 aces in her senior campaign.