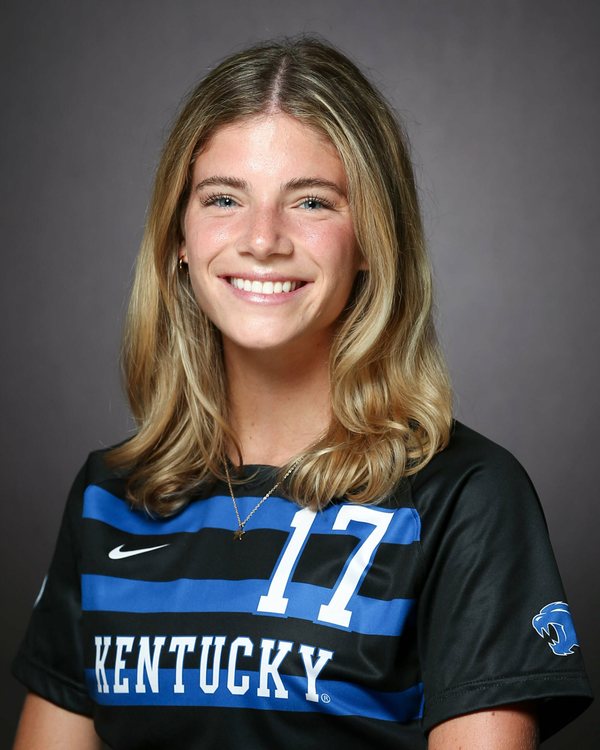 2021: Returned to action and started all 20 games she appeared in as a key member of the MKE back line of defense … helped the team finish the season ranked No. 1 in the nation with its 0.374 goals-against average,  0.893 save percentage, and 0.762 shutout percentage … also played a big role on the offensive side, finishing tied for second in the Horizon League with a career-high eight assists … finished with 16 total shots, including half of them on target … came out of the gates on fire, setting up goals No. 2 and 3 of the campaign in the 6-0 victory over Northern Illinois in the season opener Aug. 19 … added two more assists against Eastern Kentucky Aug. 27 … set up the eventual game-winner just 1:21 into the 7-0 shutout of Cleveland State Sept. 23 … season-high three shots as well as the game-winning assist in overtime, serving in a perfect cross that was headed in for the golden goal in the 106th minute against Purdue Fort Wayne Oct. 2 … also had assists against UIC Oct. 10 and on the insurance goal in the Horizon League Tournament Championship Nov. 6 … the goal against the Golden Grizzlies came in the 76th minute of the 2-0 win that sent MKE to the NCAA Tournament … member of the Horizon League Academic Honor Roll.

2020 (COVID-shortened): Did not appear in game action over the course of the season … named to the Horizon League Academic Honor Roll.

2019: Put together an impressive sophomore campaign, was one of seven team members to start and appear in all 20 games …named Second Team All-Horizon League after a strong role on both sides of the ball … on defense, helped MKE to a league-leading 0.49 goals-against average and 12 total shutouts … on offense, she added nine points on a goal and seven assists … recorded 21 shots, eight of which were on goal … finished tied for second in the Horizon League in total assists (7) and third in assists-per-game (0.35) … four of her seven assists came on game-winning goals … played all 90 minutes in her season-opening start at DePaul Aug. 22 … assisted the winner and found the back of the net for the final goal in the 3-1 victory over Northern Illinois Aug. 26 … career-high six shot attempts at Indiana State Aug. 30 … picked up assists in wins over Western Illinois Sept. 12 and Detroit Mercy Sept. 20 … set up the eventual game-winner against Cleveland State Sept. 28 … added assists in decisions over UIC Oct. 6 and IUPUI Oct. 23 … tallied an assist on the first goal of the day in the 4-0 shutout of Youngstown State Nov. 1 … member of the Horizon League Academic Honor Roll.

2018: Played in all 19 games off the bench over the course of her freshman campaign … netted one goal while recording 11 shots on the year, putting three on target … made her collegiate debut in the season opener against Northern Illinois Aug. 17, seeing 14 minutes of time on the field … recorded shot attempts in three of her first five outings … season-high two shot attempts twice in the fall, including against Wright State Sept. 29 … made her only goal of the season a huge one, helping MKE draw even at 1-1 in the 65th minute of the Horizon League Tournament against Oakland Nov. 1, allowing the Panthers to force OT and eventually advance on PK’s … saw 21 minutes of playing time in the NCAA Tournament against Santa Clara, recording a shot.