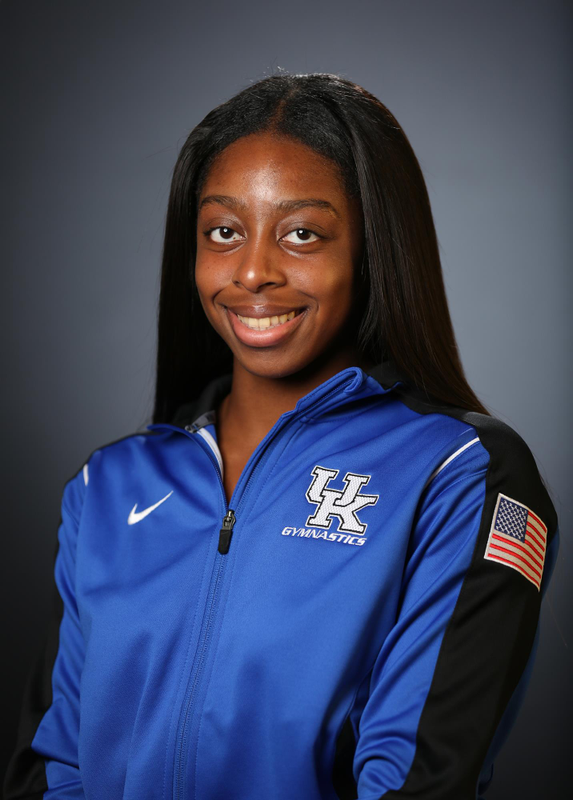 2019 (Freshman): Named to SEC First-Year Academic Honor Roll … Competed as individual on bars at NCAA Championship on April 19 … Competed in every meet of season … Scored 9.800 on bars in tie for first-place finish versus Arkansas on Jan. 18 … Scored season-high 9.900 on bars twice … Scored 9.875 or better on bars six times … Scored 9.725 on beam three times.

Personal: Club gym is International Gymnastics Training Center … Parents’ names are Lynn and Calvin … Sister’s name is Tatyana … Favorite television series is “Rise” … Favorite movie is “Dawn of the Planet of the Apes” … Favorite professional sports team is Green Bay Packers … Favorite athlete is Rachel Garrison … Favorite hobbies are eating and sleeping … Favorite foods are salmon and mashed potatoes … Favorite place on campus is her apartment … Career goal is to get her master’s degree in social work and to live life like it’s golden … Biggest accomplishment was being safety patrol captain … Why she chose to be a Kentucky Wildcat: “Because Kentucky is the best program in giving opportunities and helping you succeed in all aspects.”