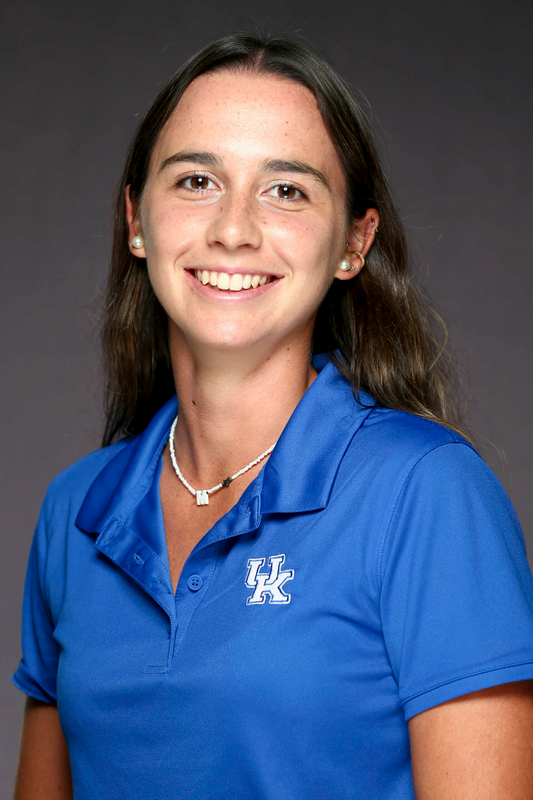 2021-22 (Freshman): Played as an individual at the Colonel Classic in April, recording a UK-low 73 in the final round en route to a UK-low, 9-over-par 225 for a share of 11th place … Tied for 22nd at the Lady Bulldog Individual Championship in Athens, Georgia, with a score of 12-over-par 156 … In her first collegiate match-play event, defeated Louisville’s Molly Lyne 5 and 3 in the Battle of the Bluegrass at Club Pelican Bay in Naples, Florida … Two appearances in the fall … Playing as an individual only, placed 68th with a score of 24-over par at Old Waverly Golf Club in West Point, Mississippi … Made her college debut at the Ruth’s Chris Tar Heel Invitational, where she posted a 238 and tied for 93rd at the UNC Finley Golf Course in Chapel Hill, North Carolina.

Summer 2021: Played in the European Ladies’ Amateur Championship with a four-round score of 8-over par at Royal Park I Roveri in Turin, Italy.

Before UK: Member of Spain’s girls’ national team … Ranked No. 114 in the European Golf Rankings upon arrival at Kentucky … Posted 22 top-10 finishes in World Amateur Golf Ranking entering freshman season at UK … Won the Campeonato de Espania Sub-16 Femenino in May 2019 with a three-round score of 3-under par… Runner-up in the Andalucia Cup in January 2020 … Key member of the Spanish national team at the European Girls’ Team Championship in September 2020, which won the B Flight and placed ninth overall … Also competed for Team Andalucia, which placed second in the 2019 Spanish Amateur Championship and fifth in the 2019 European Young Masters.

Personal: Born March 25 … Daughter of Charo Echevarría Orihuela and Enrique López Monzó … Has an older brother, Enrique López Echevarría … Was born in Valencia, Spain and calls Roquetas de Mar, Spain her home … Attended IES Ortega y Gasset for high school … Played basketball, swam and danced in high school … Was a member of the Mediterráneo swimming club and Dance Academy … Lists her father as the person who has influenced her life most … Outside of golf, enjoys spending time with her friends and swimming … Nicknames include Marts and Martita … Chose UK over Mississippi State, Virginia Tech, Texas State, Delaware and UNLV … Her most memorable moment as a golfer is when she made the putt to win the Campeonato de Espania Sub-16 Femenino with all her family and friends watching … Plans to major in business management.

Why She Chose UK: “I chose UK because they have a very strong program athletically and academically and because the coaches made me feel at home. That was very important for me and my family.”