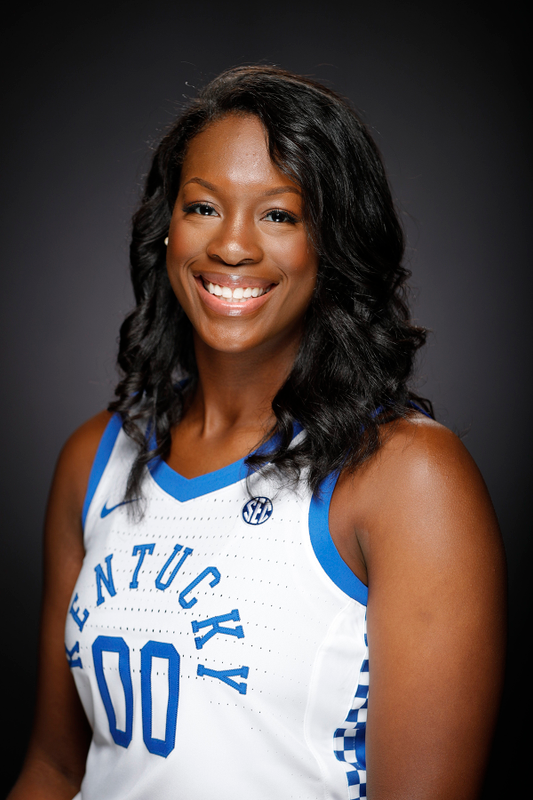 A five-star center and one of the best post prospects in the nation coming out of high school that adds elite size and strength in the post to the UK roster … Transferred to Kentucky after two seasons at Maryland where she sat out her sophomore season due to medical issues … Was a decorated player in high school and should make an immediate impact on the team when eligible … Received a waiver from the NCAA to play immediately in 2020-21.

2020-21 (Redshirt Sophomore)
Played in 25 games with five starts, averaging 4.4 points and 2.8 rebounds per game … Scored 10 or more points twice during the year … Led UK in rebounds three times and in blocks twice … Made her Kentucky debut in season opener against Murray State, leading the team with nine rebounds and scoring seven points … Scored a career-high 10 points against Marshall, going 4-of-6 from the field, grabbing five rebounds … Flirted with a double-double against Wofford, scoring 10 points on 4-of-7 shooting, while also grabbing nine boards (four offensive, five defensive) and dishing out one assist … Helped out off the bench against No. 10 Arkansas, recording nine points on 4-of-7 shooting … Played a solid 10 minutes at Georgia, contributing two points, three rebounds and a steal … Rallied six points, three rebounds and one steal in just five minutes of Kentucky’s NCAA Tournament First Round win against Idaho State … Also had six points against Iowa with two rebounds.

at Maryland
Joins the Wildcats after two seasons at Maryland, where she played in 16 games as a freshman before missing last season due to medical issues … Performed well as a freshman hitting 55 percent from the field while recording a point in nine games and a rebound in nine games … Best outing was in the Big 10 Championship game where she played six minutes and scored four points with four rebounds to lift the Terrapins to the title … Had three rebounds and scored two points in Maryland’s NCAA First Round win vs. Radford … In her collegiate debut, she pulled down six rebounds with a steal and two points vs. Coppin State and followed with four points, three rebounds and a block vs. George Washington.

High School
Began her collegiate career as one of the best post prospects in the nation, ranking as a five-star recruit by ESPN.com, which also tabbed her the fifth-best post in the 2018 class and 34th-best player overall … All-Star Girls Report ranked the 6-foot-4 post as the No. 26 overall player in the class after she was tabbed a Women’s Basketball Coaches Association High School All-American Honorable Mention and McDonalds All-American Game nominee … A star at Niskayuna High School as a USA Today All-New York First-Team honoree and was named the team’s MVP her junior season after averaging 20.6 points and 12.3 rebounds … As a senior she became only the second player in school history to score 1,000 career points while she also posted 42 points in a game, which set a conference record.