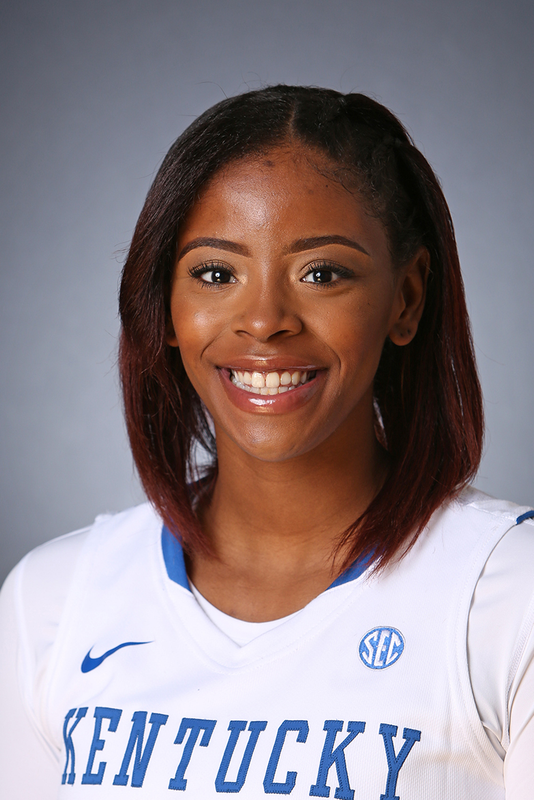 2017-18 (Freshman)
Played in 30 games with 17 starts averaging 20 minutes per game … Averaged 4.7 points and 3.7 rebounds per game … Added 13 3-pointers, 20 assists, 20 steals and 14 blocks … Scored 10 or more points four times all during conference play … Led Kentucky in rebounding six times, in blocks six times and in steals three times … Had five or more rebounds in 13 games and scored seven or more points 12 times … First double-figure performance was 12 points with seven rebounds against South Carolina before 12 points and five rebounds against Alabama … Had 10 points, including two 3s, against LSU … Scored 11 points going 4-for-4 from the charity stripe against Arkansas at home … Had a season-best 12 rebounds at Arkansas adding six points … Missed both games in the SEC Tournament due to injury … Averaged 6.0 points and 4.6 rebounds per game during league play … Recorded a career-high four assists vs. Auburn to go with nine points and seven boards … Strong from the free-throw line going 23-for-30 during the year.

High School
An impressive wing that led Fulton High School to a state tournament berth and 27 wins her senior season, averaging a double-double with over 16 points and 11 rebounds per game … Also averaged two rebounds, two steals and three blocks per game as a senior for the Falcons … Was named to the 2016-17 PrepXtra Girls Basketball Team and to the Tennessee Sports Writers Association All-State team as a senior …  Averaged 18 points, 11 rebounds, three assists and three blocks per game her junior season under head coach John Fisher … Her strong junior season led Fulton High School to the Class AA state sectional for the third consecutive season … Was named the District 3 AA Co-Most Valuable Player and a Class AA All-State honoree by the TSWA as a junior … Helped the Falcons to a state runner-up showing in 2013-14 … Named a 2017 McDonald’s All-America nominee … Ranked as a four-star wing by ProspectsNation.com, which listed her the 62nd best player in the nation and the 11th best wing … Also a four-star prospect by ESPN.com, which tabbed her the 88th overall player in the 2017 class, including the 17th best wing … Shined over the summer on the AAU circuit with the Tennessee Fight under head coach Tom Insell … All-around athlete as she played volleyball for three years and was a two-year all-district honoree in volleyball … Active outside of sports a member of the National Honors Society while also active in her school’s theatre and community service.