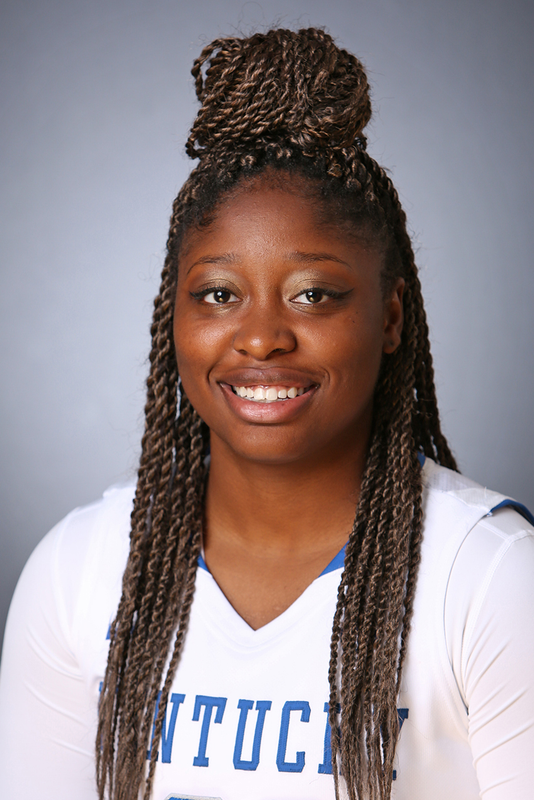 Physical guard that has great court vision and a skilled passer … Athletic and plays with high potential on both ends of the floor … Confident player on the court, but quiet off the court … Missed her senior year of high school with an injury, but performed well during summer conditioning and workouts … Choose Kentucky over Clemson, UNC Charlotte, Furman and South Carolina.

2017-18 (Freshman)
Played in 15 games during the season averaging 7.3 minutes per game … Saw a season-high 16 minutes against Sacramento State with three assists, one steal and six points going 4-of-4 from the charity stripe … Had four points on 2-of-2 shooting and added two defensive boards in nine minutes vs. Gardner-Webb. … Also had four points against Evansville and Miami (Fla.).

High School
A four-year letterwinner and two-year starter for Lower Richland High School under head coach Deborah Wardlaw, helping the Diamond Hornets to a 26-0 record in 2012-13 and a regional and state championship … Averaged over 10 points with 2.2 rebounds, 2.9 assists, and 2.9 steals per game as a junior, helping the team to the state playoffs where she scored 16 points in the team’s first-round win … Had 11.5 points, 2.2 rebounds, 3.7 assists and 2.1 steals per game as a sophomore, earning South Carolina Basketball Coaches Association All-State and All-Region honors … Strong shooter that hit 41 percent from the field as a sophomore and 45 percent from the field as a junior … Also played for Lower Richland’s varsity team as a freshman and eighth grader, averaging 6.4 points, 2.5 steals and 2.3 assists per game as a freshman and 4.3 points, 1.6 steals and 1.6 assists per game as an eighth grader … Named a 2017 McDonald’s All-America nominee … Was a four-star prospect according to ProspectsNation.com and three-star guard by ESPN.com … Tabbed as the 87th best prospect overall and 22nd best guard in the class by ProspectsNation.com and the 23rd best guard by ESPN.com … Played on the AAU circuit for Arne Morris and the Carolina Flames … Participated in 2016 USA Basketball Women’s U17 World Championship Team Trials … Also played tennis and ran track in high school … Very active outside of sports as a member of the student council, Fellowship of Christian Athletes, National Honor Society, National Technical Honor Society and Future Business Leaders of America … Was tabbed a high school scholar and Urban League academic honoree … Won her high school poetry contest in honor of Black History Month.