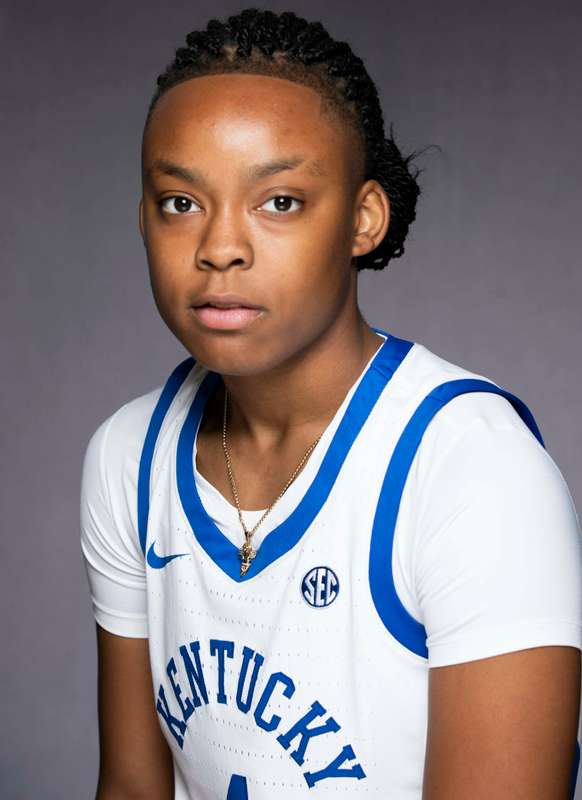 Was recruited to Kentucky out of high school before picking South Carolina … Great size for a guard and has elite athleticism … Skilled offensively with a great mid-range game, but can score at all three levels.

South Carolina (2021-22)
Played in 49 career games for South Carolina, averaging 2.5 points and 1.1 rebounds per game … As a sophomore in 2021-22, she helped the Gamecocks win the 2022 NCAA National Championship, playing in 23 games with 7.7 minutes per game … Averaged 1.3 rebounds and 2.3 points per game as a sophomore, hitting 42 percent from the field and long range … Best game in 2021-22 was eight points with four rebounds against Mississippi State … Had five points against Creighton in the Sweet 16, hitting a 3-pointer  … Played in 26 games as a freshman, including all 16 league games and five appearances in the NCAA Tournament … Scored a season-high 14 points against College of Charleston in her collegiate debut … Also scored double figures against Temple with 11 … Had eight points against top-25 ranked Iowa State, hitting a 3 … Named to the 2021 SEC First-Year Academic Honor Roll.

High School
Ranked No. 43 overall in the Class of 2020 by ESPN.com … Earned a spot on the 2020 McDonald’s All-America East Team … Captured First-Team All-Metro honors from the Washington Post in 2020 and the Baltimore Sun and 2019 … Scored 14.9 points per game in her senior season, which was cut short due to the COVID-19 pandemic … As a junior, she averaged 18 points and four assists to lead Saint Vincent Pallotti to its first appearance in the Interscholastic Athletic Association of Maryland A Conference title game.