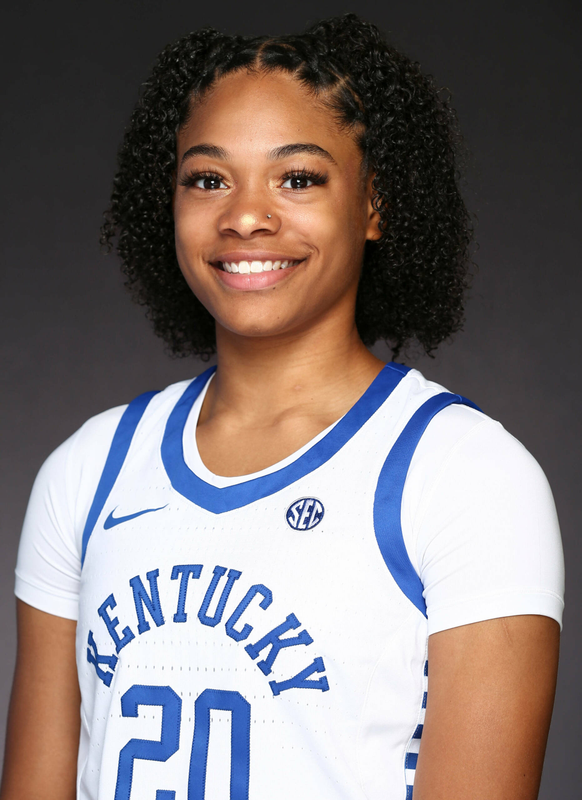 High School
Led her team to a 30-5 record as a senior putting up monster numbers for the Bearcats … Averaged 20.6 points, 5.1 rebounds, 4.1 steals and 2.9 assists per game … Shot 53 percent from the field, 45 percent from 3 and 73 percent from the free-throw line as a senior … Finished her high school career with 2,212 points, 739 rebounds and led Anderson County to three straight KHSAA Eighth Region championships … A four-star prospect by ESPN.com, ranked 31st at her position and 94th overall by the organization … Named the 2021 MaxPreps Kentucky Player of the Year for her impressive junior season where she led Anderson County to a 28-3 record and a semifinal appearance in the Girl’s Sweet 16 … Played in 28 games, averaging 17.2 points per game as a junior, hitting over 54 percent from the field and was named to the Lexington Herald-Leader All-State girls’ basketball first team … As a sophomore, she played in 36 games, averaging 15.2 points per game while hitting 57.3 percent from the field … Helped Anderson County to the 30th District and Eighth Region championships as a sophomore, winning one game at the KHSAA Girl’s Sweet 16 before it was canceled due to COVID.