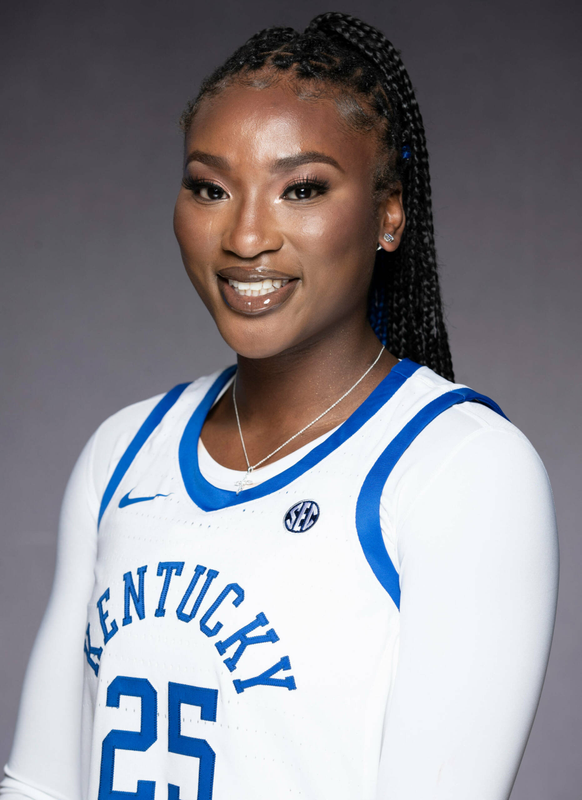 High-motor player that the coaches say fit the Kentucky system perfectly … Can score in the post with her strong frame but also has elite athleticism to run the floor … Exceptional rebounder that is expected to dominate the glass … Graduated from Buffalo in May 2022 and is a graduate transfer at Kentucky.

High School
Played three seasons, including one as a team captain, at the Rock School in Florida … Played in 28 games her senior year, averaging 16.1 points, 17.9 rebounds, 3.0 blocks and 2.1 steals per game … Shot 58 percent from the floor as a senior … Over her three-year career at the Rock School, she averaged a double-double with 12.0 points and 13.3 rebounds, while shooting 56 percent from the floor.