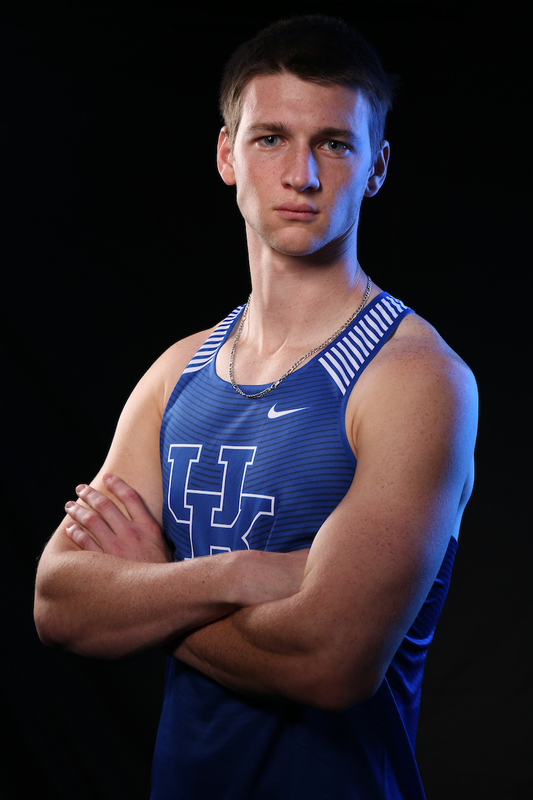 2017-18 (Senior)
Outdoor – NCAA Champion in the decathlon with a score of 8,336, which ranks No. 7 on the NCAA all-time performers’ list and was the No. 9 NCAA all-time decathlon score … Made him the No. 3 British decathlete all-time … just the second man to win the NCAA decathlon and indoor heptathlon in the same year, joining world-record holder and two-time Olympic gold medalist Ashton Eaton … popped the best long jump ever in a NCAA Championship decathlon competition, 26’3.5″/8.01m (+0.8), which would’ve placed third in the open long jump at 2018 NCAAs ... SEC long-jump bronze medalist … Ran the anchor-leg on UK’s NCAA qualifying 4x100m relay … Scored a then NCAA-leading, school record 8,145 points in the decathlon at the 2018 Georgia Spec Towns Invitational … Jumped the NCAA long-jump decathlon record 26’4.25”/8.03m at Spec Towns Invitational.
Indoor – National Men’s Indoor Field Athlete of the Year … Won the NCAA heptathlon, becoming the No. 4 performer in collegiate history recording the fifth best score 6,188, a 23-point personal best … It was the third best score in NCAA Championships history … The first Wildcat to claim NCAA individual gold since the legendary Tim Harden in 1996 (55 meters) … Recorded personal bests in the shot put (44’7″/13.59, 703 points), high jump (7’1.5″/2.17m, 963 points) and 1k over the weekend. He won the 60m (6.84, 940 points), long jump (25’4.75″/7.74m, 995 points), high jump and pole vault (16’11″/5.16m, 960 points) …  Southeastern Conference Men’s Field Athlete of the Year … Had the top regular-season heptathlon score, 7,061 at the Clemson Invitational on Jan. 19 … SEC bronze medalist in the open long jump, his first SEC medal and then placed sixth in the SEC pole vault … Totaled nine points at SECs in the long jump and pole vault … Ranked 19th in the NCAA in the open long jump, having reached 25’6.75″/7.79m at SECs.

2016-17 (Junior)
Outdoor – Set the Kentucky school record in a second-place decathlon at the Spec Town Invitational scoring 7973 … Scored in the high jump (seventh) and pole vault (sixth) at the SEC Championships … Did not score at NCAA Championships, after he failed to register a fair jump in the long jump – stayed on PR pace on all the nine other events … Represented Great Britain at the European U23 Championships in Poland.
Indoor – NCAA Silver Medalist in the heptathlon, scoring a British and Kentucky school record 6165 … Finished 12 points behind the NCAA Champion … Broke the British record in the heptathlon initially at the Husker Invitational scoring 6006 points … Competed in three individual events at 2017 SEC Indoor Championships and scored in all of them – fourth in the high jump, and long jump, and sixth in the
pole vault

2015-16 (Sophomore)
Outdoor – 11th at the NCAA Championships in the decathlon … NCAA East Prelims qualifier in the high jump, in addition to qualifying for NCAAs in the decathlon … Placed fourth in the SEC decathlon scoring 7709.
Indoor – Placed 13th in his first NCAA heptathlon

Prior to UK
Joins UK as an accomplished prep decathlete, particularly excelling in vertical jumps … Family is from Northern England, but grew up in the United States … Represents Great Britain internationally … Was 2013 Arizona State Decathlon Champion, an event in which he boasts a personal best score of 6582, which was ninth best among high school boys in the U.S. during 2013 … He has cleared 16’5″ in the pole vault and 6’10” in the high jump.

Personal
Parents are British, altough he grew up in the United States, mostly in Arizona – he’s represented Great Britain at the international level