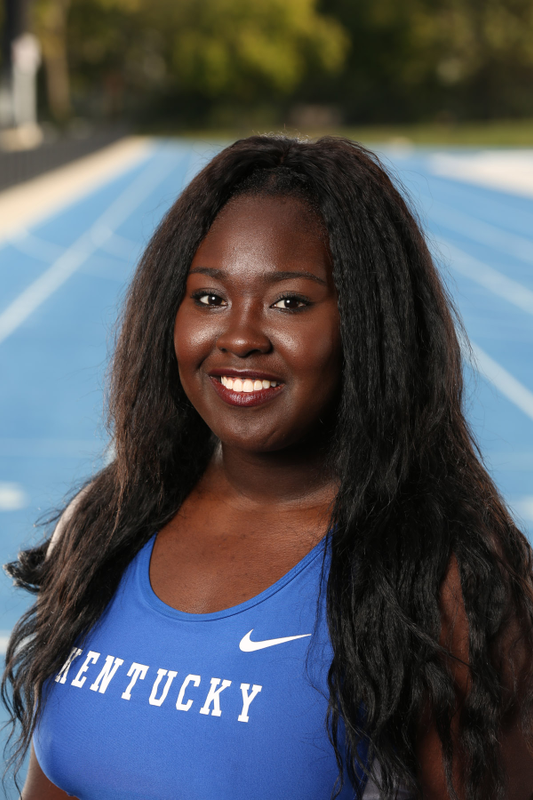 2016 (Senior)
Outdoor – SEC Champion in the hammer throw … Scored 16 points at SECs with a fourth-place finish in the discus and eighth-place performance in the shot put … Broke the UK record in the hammer throw at the Virginia Challenge with a toss of 211’9″/64.55m … Broke the UK discus record at the Kentucky Relays with a toss of 189’4″/57.71m.
Indoor – SEC Champion in the weight throw … Scored 12 points at SECs as she was seventh in the shot put.

2015 (Junior)
Outdoor – Scored two key points with a seventh place performance in the NCAA discus en route to UK’s runner-up team finish at the NCAA Championships … Earned the SEC Silver Medal in the discus and hammer throw … NCAA East Regional Qualifier in the discus and hammer, advancing to Eugene, Oregon in the discus.
Indoor – Broke the UK school record in the weight throw each of the first two weeks of 2015 … Won the McCravy Memorial Weight Throw with a PR mark of 70’10.75″/21.61m … Placed 15th in the weight throw at NCAA Championships … Earned the SEC Bronze Medal in the weight throw with a mark of 70’7.25″/21.52m … Scored a point with an eighth-place shot put finish at SECs.

2013 (Freshman)
Outdoor – SEC bronze medalist in the discus … NCAA Outdoor Championship qualifier, where she earned Honorable Mention All-America status … Competed at the USA Track and Fiel Championships, where she won the Junior Silver Medal and finished 13th in the senior event … Competed at the Pan-American Games … Was the No. 4 qualifier into the NCAA discus semifinals out of East Prelims … UK freshman discus record 57.09 meters / 187′ 4″ was recorded in win at Kentuckiana Border Battle … Top discus throw is just four inches short of the Kentucky record … Top discus throw ranks second in the SEC and fourth in the nation … Collegiate-best hammer throw 53.64M / 176′ 0″ came in win at Heart of the Bluegrass Classic … Originally set UK freshman discus record in win at Texas Relays.