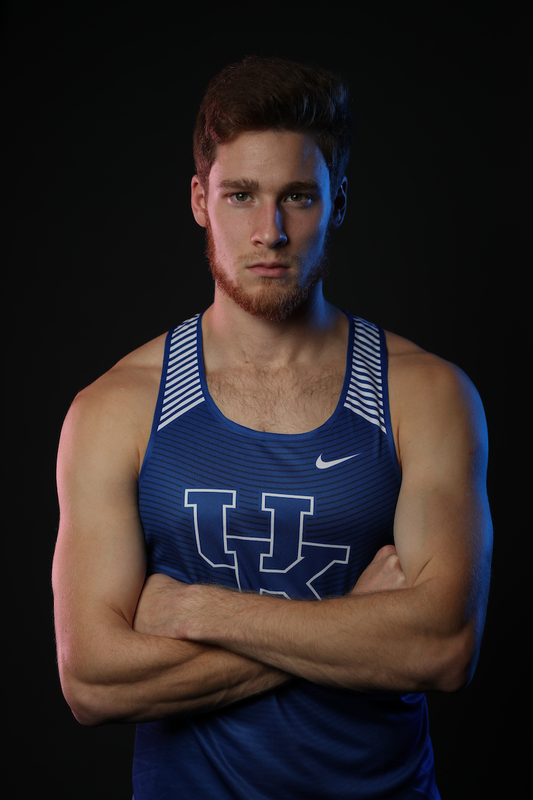 2017 (Junior)
Outdoor – NCAA East Preliminary Championships quarterfinalist, placing 23rd … Ran a PR to score his first SEC points finishing seventh with an 800m PR 1:48.46 … Won the Kentucky Relays 800m in 1:50.49 … Broke 1:50 two weeks in a row at the Florida Relays and in a runner-up finish at the Raleigh Relays.
Indoor – Placed 10th in the 800m at SEC Indoor Championships … Ran the 800m leg on UK’s fourth-place DMR at SECs … Placed second in the 800m at Kentucky Invitational

Prior to UK
Joined UK having spent most of his time in athletics as a sprinter that recently shifted his focus to the half-mile … progressed as an 800m runner throughout his career … improved by more than five seconds in the event over the past two years, with a current PR of 1:54.01 having come in a win at the Shawnee Mission North Relays. The time is the top by a prep runner in Kansas this year. He has also proven to be a strong high school quarter-miler as he has the No. 55 high school indoor 400m time in the country this, a 49.35 at the Arkansas HS Invitational. His 400m PR of 48.61, which came in a second-place finish at the USA Youth Trials is the third-fastest in by a prep runner from Kansas this year.