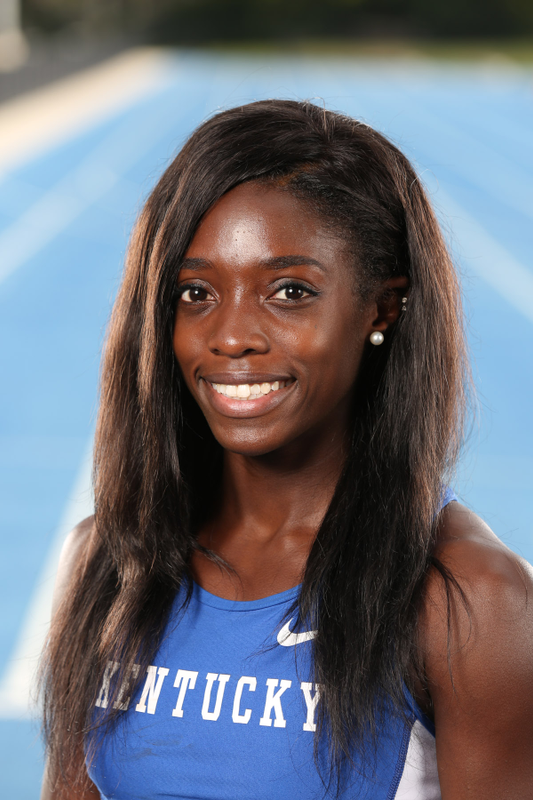 Prior to UK: Graham comes to UK having experienced a good deal of success at the previous stops in her career. Graham’s personal best 400m time of 53.57, came in the prelims at the 2013 USA Junior Championships. She was the 2012 New Balance National 400m champion and an 11-time North Carolina State Champion. A member of the high school national champion 4x200m and 4x400m relays, and individual national champion in the 400m at the 2012 New Balance Indoor Nationals. She was then named MVP at the 2012 New Balance Indoor Nationals. She won six individual and 11 total (including relays) state championships at Wakefield HS, and owns the 300m and 400m high school indoor records in the state of North Carolina. As a senior in high school, she ranked No. 1 in the nation in the 500m. She finished first in the 400m at the 2012 NCHSAA 4A State Championships. Additionally she finished fourth at the 2012 state championships with a long jump mark of 18’1.5″. Her brother, T.J., played football and ran track at NC State, and is now an NFL wide receiver for the Buffalo Bills, and her father, Trevor, was a 1988 Olympic silver medalist for Jamaica in the 4x400m relay, and her mother, Ann, was an All-American track athlete at St. Augustine’s College.
Read more
Skip To Main Content