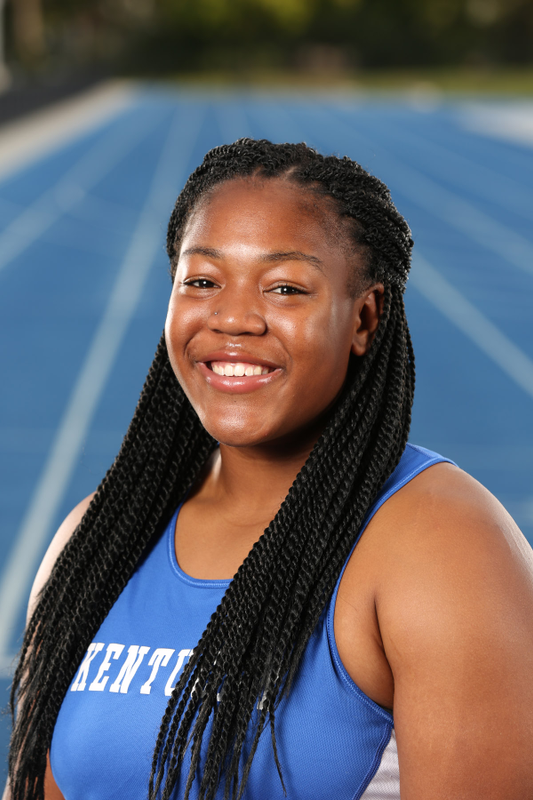 Prior to UK: A high-potential thrower who has shown tremendous growth in a short time as she won the Indiana State Discus Title in 2013 with a throw that improved on her best from the same meet a season before by more than 30 feet. In 2013 she posted the nation’s No. 6 prep discus throw – she is the top-ranked discus thrower amongst the those graduating in 2014 – and is the No. 4 shot putter with a 48’8.5″ toss. Her discus state-title-winning heave of 168`6″ broke a 14-year old state record by more than three feet. She won the USATF Region 7 Junior Olympics discus and shot put in 2012 amongst many titles, including 13 last season as a junior.