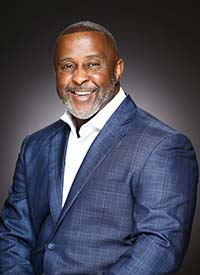 Lonnie Greene has coached the University of Kentucky track and field and cross country programs to sustained success, including school-record points finishes and two podium places at the 2022 NCAA Indoor and Outdoor Championships. In 2022, Coach Greene signed a contract extension running through 2027.

Since taking over as the head coach before the 2018-19 season, Greene has brought elite accomplishments and unparalleled character to the program. Wildcats have earned more than 150 All-America honors and dozens more All-Academic honors, to go along plenty of individual Southeastern Conference gold medals, more than a dozen NCAA individual medals and other elite performances.

As a team, both the men’s and women’s track and field teams have entrenched themselves as elite teams at the NCAA and SEC Championships level.

In 2022, the women’s track and field team earned a school-record 44 points and third place as a team at the 2022 NCAA Indoor Track and Field Championships, equaling the best team finish at the competition in school history. Then outdoors, the UK women’s team earned a top-four (trophy) team finish at the Outdoor NCAA Championships for the fourth time ever. UK scored its most points at the NCAA Outdoor Championships since tallying 50 in a national runner-up finish in 2015.

“We are so proud and appreciative of the job Coach Greene has done leading our young people,” Barnhart said. “Lonnie has exhibited a tremendous commitment to competitive excellence, academic success and helping develop our young students into outstanding human beings. We are excited to build on the commitment we are making in track and field and cross country under Lonnie’s direction. We look forward to continuing to make steps toward building a championship program.”

Greene’s ability to build an elite program in which athletic performance meets exceptional character is perhaps best exemplified by the team’s stewardship of Abby Steiner, who in her four years at UK won three NCAA 200-meter championships, set collegiate records in the 200m indoors and out and ran a blistering fast split on the collegiate-record, NCAA Championship 4x400m relay, three SEC titles, broke the American, collegiate and SEC records, earned 14 All-America honors all while excelling academically to the tune of Academic All-America status and the honor of being named SEC Indoor Track Scholar-Athlete of the Year.

Steiner represents just one example in a program full of outstanding student-athletes who combine elite athletic accomplishments with stalwarts of character such as selfless community outreach, academic success and uncommon leadership qualities.

“I want to thank UK President Eli Capilouto and Mitch Barnhart  from the bottom of my heart for their commitment and support of our philosophy and strategy as a staff and as a program,” Greene said. “Their leadership, trust and support has been invaluable to me and my family, our staff and our student-athletes. I look forward to building on our success as we work to make even more strides toward championships.”