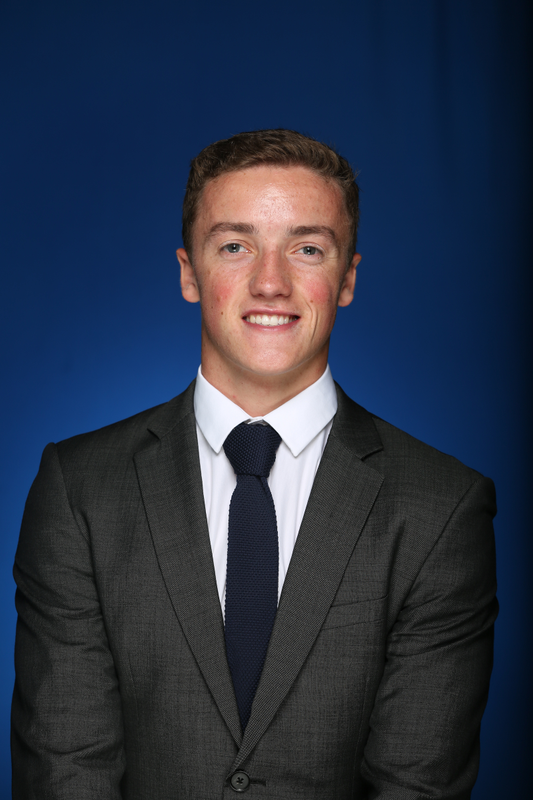 2018-19 (Senior): Took his first dive of the 2018-19 season in November at the Ohio State Fall Invite, earning first place on 1-meter (377.70) … Earned three first-place finishes on 1-meter and two first-place finishes on 3-meter throughout the season … Scored points on 3-meter at the SEC Championships, finishing seventh overall on 408.55 points … Qualified for the NCAA Championships for the fourth straight season, earning invitation on all three disciplines … There, became a NCAA First Team All-America for the first time in his career, earning eighth overall on platform (321.30) … In addition, he finished 12th on 1-meter (335.35) and 26th on 3-meter (319.70) at the national meet … Selected as the SEC Male Diver of the Week after his final collegiate dual meet of the season vs. Cincinnati, earning gold on the 1-meter … Recognized with the MVP Award, the Mike Lyden Diving MVP Award and the Captains Award at the end of year banquet … Named to CSCAA Scholar All-America First Team … Named to SEC Winter Academic Honor Roll.

2016-17 (Sophomore): All-America honorable mention on 1-meter after placing 13th at the NCAA Championships with 327.70 points … Placed 28th on 3-meter at NCAAs with a score of 318.70 … His 428.15 prelims score at the SEC Championships is the second-best 3-meter score in program history … Placed fifth on 3-meter at the conference meet with 401.90 points … Also placed fourth on platform with a score of 423.05, also the second-best mark on UK’s all-time list … Recipient of the team’s Most Improved Diver, Mike Lyden Diving and MVP Awards at the end of year banquet … Named to CSCAA Scholar All-America First Team … Named to SEC Winter Academic Honor Roll.

2015-16 (Freshman): Was one of three divers from Zone C to automatically qualify in all three diving disciplines to the NCAA Championships … Earned All-America honorable mention in the platform dive, placing 11th with 353.60 points … Finished runner-up at the SEC Championships in both the 3-meter and platform dive to make the All-SEC Second Team and SEC All-Freshman Team, breaking the freshman record for the 3-meter and recording the second-highest score in program history with 408.10 points … His score of 389.70 on tower at the SEC Championships was the fourth-best score in program history .. 1-meter PR of 378.10 set at the Miami Open is good for fourth on the all-time list … Recorded two wins and an additional five top-three finishes in the 1-meter dive, two wins and five runner-up finishes in the 3-meter, and one win and three runner-up finishes in the platform dive during the regular season … Recipient of the Male Performance of the Year at the CATSPYs for his SEC Championship dives … At the end of year banquet, was named the Diver of the Year, Rookie of the Year, and Team MVP… Named to CSCAA Scholar All-America First Team … Named to SEC First-Year Academic Honor Roll.

Prior to UK: Dove for Albatross Diving Club Reading under coach Malcolm Green … Was club champion for eight years … Took bronze in the 3-meter and finished fourth in the 1-meter at the 2015 Great Britain Junior National Championships.