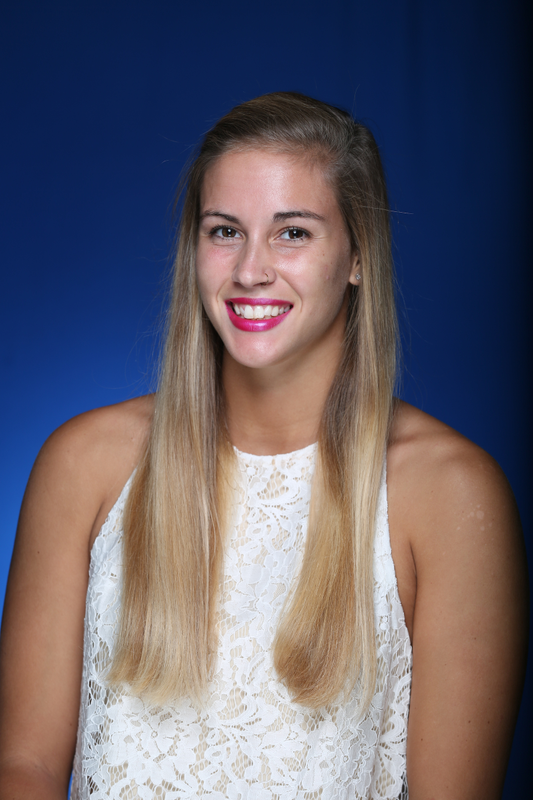 
2016-17 (R-Senior): Earned All-America honorable mention, finishing 13th on 3-meter at the NCAA Championships … Named to All-SEC Second Team … Was the only female diver at the SEC Championships to final in all three disciplines and finished in the top five of all three … Won silver on 1-meter at the SEC Championships, breaking the school record in the event with a score of 354.90 … Also finished fourth on 3-meter and fifth on platform … Recipient of the team’s Mike Lyden Diving Award at the end of year banquet … Named to SEC Winter Academic Honor Roll.

2014-15 (R-Sophomore):  The 2015 SEC Female Diver of the Year … A two-time All-American First Team honoree after finishing fourth in the 1-meter dive and seventh in the platform dive at the 2015 NCAA Championships … Her score of 296.40 in the platform dive marks a personal best, good for the fourth-best score in UK history … Took runner-up in the 1-meter dive at the SEC Championships with a personal-best 329.20 points, which ranks third on UK’s all-time list … Also set a personal record in the 3-meter dive at the conference meet with 337.05 points in the prelims, good for seventh all-time in UK laurels, before going on to finish eighth.