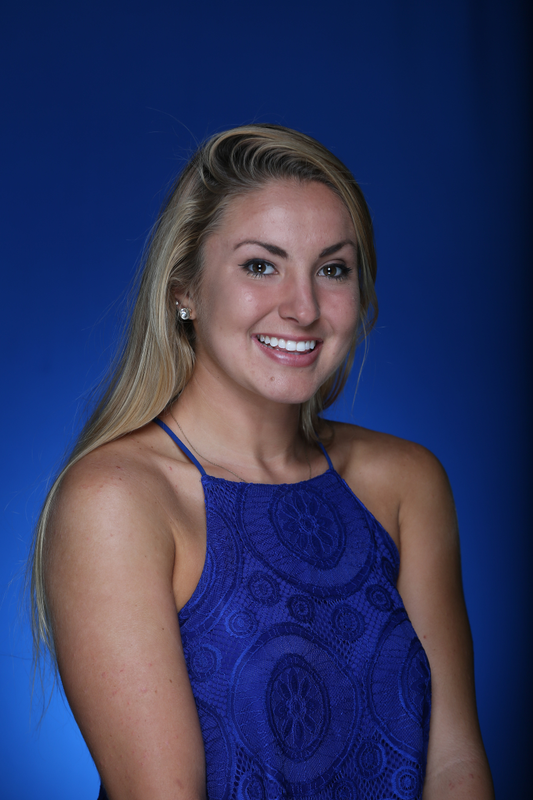 
2018-19 (Senior): Named to the All-SEC Second Team … Collected her first SEC Championships medal, earning a silver medal on platform with a final score of 292.90, which also marked a career best for the senior … Qualified for the NCAA Championships on platform at the Zone C Diving Championships … Finished in 19th at the national meet on platform, posting a preliminary score of 247.70 … Earned career best scores on each discipline this season, including a 292.90 on PL at the SEC Championships, a 309.00 on 3-meter vs. LSU, and a 287.10 on 1-meter in her final dual meet of her collegiate career vs. Cincinnati … Named to SEC Community Service Team selection … Named to CSCAA Scholar All-America First Team … Named to SEC Winter Academic Honor Roll.

2016-17 (R-Sophomore): Had a standout meet against Louisville, posting season-best scores in all three dives … Recorded the fifth-highest score in program history on platform vs. UofL, reporting a 292.73 for first place … Just barely missed the platform final at the SEC Championships, finishing ninth in the prelims with a score of 264.65 … Named to the SEC Winter Academic Honor Roll.

2015-16 (R-Freshman):  Named to the SEC All-Freshman Team … Qualified for the NCAA Championships on 1-meter and platform … Finished fifth on platform at the SEC Championships with a score of 265.65, which ranked seventh in the UK record book … Scored on the 1-meter board at the conference meet, placing 12th with 268.80 points … Set her personal best on the 1-meter at the Miami Open with 285.30 points, and had her highest career mark on the 3-meter springboard at Louisville with 276.15 points … Earned the Most Improved Diver award and earned the Scholar-Athlete award at the end of year banquet … CSCAA Scholar All-America First Team … Named to the SEC Winter Academic Honor Roll.

Prior to UK: Diver from Indian Harbour Beach, Florida … Product of head coach Bill Talbot and the Sunrise Springboard Diving Club … Began diving as a sophomore in high school after 10 years of competitive gymnastics … Named to the All-Space Coast First Team, along with a third-place finish at the FHSAA State 2A Championships and a first-place finish at districts and regionals.