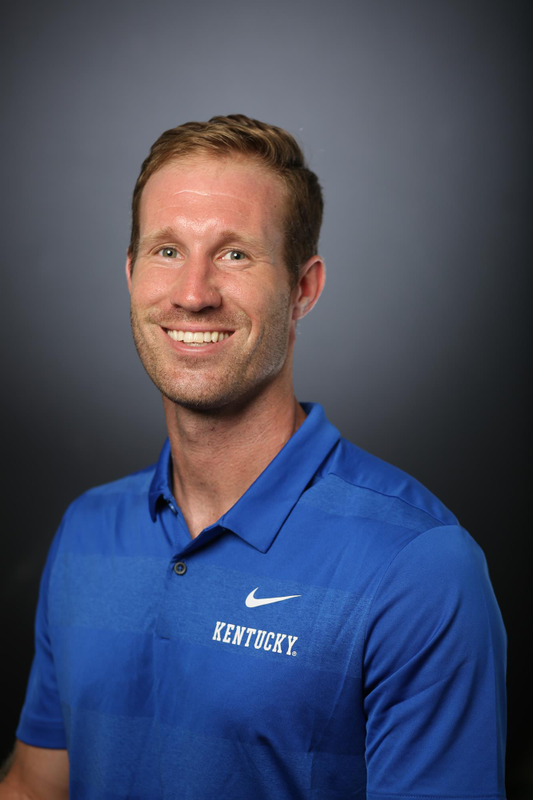 Matthew Gordon enters his fifth season as men’s tennis assistant coach at the University of Kentucky in 2022-23.

In 2022, Gordon was named the ITA Ohio Valley Regional Assistant Coach of the Year for the second consecutive year, becoming the first UK assistant coach to win the award multiple times.

Gordon helped lead the Wildcats to the program’s best ever year in 2021-22 as Kentucky reached the NCAA Championship match as a team for the first time. The Cats finished the year with an overall record of 26-8, earned the No. 8 seed in the NCAA Tournament and defeated DePaul, Northwestern, Wake Forest, No.1 TCU and Ohio State on their way to the NCAA final.

Two Wildcats (Gabriel Diallo and Liam Draxl) were named ITA All-Americans and finished the season in the top-10 of the ITA singles rankings, marking the first time in UK history such had occurred.

A breakthrough 2020-21 campaign for the Wildcats was highlighted by a wire-to-wire finish in the top 25 of the ITA rankings, as well as by a slew of individual accomplishments. Kentucky hosted the first two rounds of the NCAA Championship and finished with a 16-1 record at Hilary J. Boone Tennis Complex.

Sophomore Liam Draxl—who Gordon recruited to Lexington during his first season—earned the first ITA National Player of the Year honor in school history after five consecutive appearances atop the ITA singles rankings and a postseason singles run that ended in the NCAA Championship semifinals.

Kentucky was one of seven schools to put three participants in the 64-player singles field at the NCAA Championships, where two Wildcats reached the round of 16 in the same season for only the second time ever.

Including Diallo’s doubles partner César Bourgois, Kentucky produced the program’s 22nd, 23rd and 24th all-time ITA All-Americans this year. Draxl and Diallo were selected to the All-Southeastern Conference first team, while senior Millen Hurrion was chosen for the second team. Draxl was also named the SEC Newcomer of the Year.

Kentucky ended the season as one of four schools with five players placed among the final ITA singles rankings and the only SEC institution with multiple players on the SEC All-Newcomer Team.

Kentucky was awarded the UTR ITA Team of the Month in April for producing the largest increase in Universal Tennis Rating Power 6 Rating over the course of the month.

When the 2019-20 season was cut short due to the COVID-19 pandemic, Kentucky had a 12-5 (3-1 SEC) record. The Wildcats were in the midst of a three-match winning streak, beginning with two wins over ranked opponents and ending with two victories on the road. Kentucky’s best win came in a 4-3 thriller at No. 17 Alabama on March 6.

Gordon was a key component in securing the nation’s No. 10 recruiting class according to Tennis Recruiting Network in the spring of 2019.

Gordon joined the collegiate coaching ranks from the Saddlebrook International Sports Academy in Florida, where he spent six years and coached multiple top-ranked USTA and ITF junior players. At Saddlebrook, Gordon spent time on court with some of the best players in the world, including John Isner and Jack Sock.

Gordon also worked as a Touring Program Coach on the Association of Tennis Professionals. He was the private coach of Alex Kuznetsov, who reached No. 120. Other players he has worked with include Denis Kudla, who reached No. 80 under Gordon, and Roberto Cid, who reached a career high of No. 226.

A top amateur in Great Britain before college, Gordon spent two years at Fairleigh Dickinson and two years at Costal Carolina. Gordon won the Northeast Rookie of the Year in 2007-08 and also won the conference whilst earning first-team honors. At Coastal Carolina, he reached a ranking of No. 82 in the nation and was a member of the All-Big South first team. After graduating from Coastal Carolina, Gordon spent sixth months as a volunteer assistant for his alma mater.