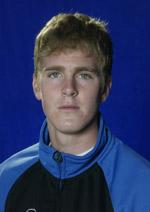 Coach Collins on Brannan – “Brannan has gotten physically much stronger and works hard every day. The best from Brannan is yet to come.”