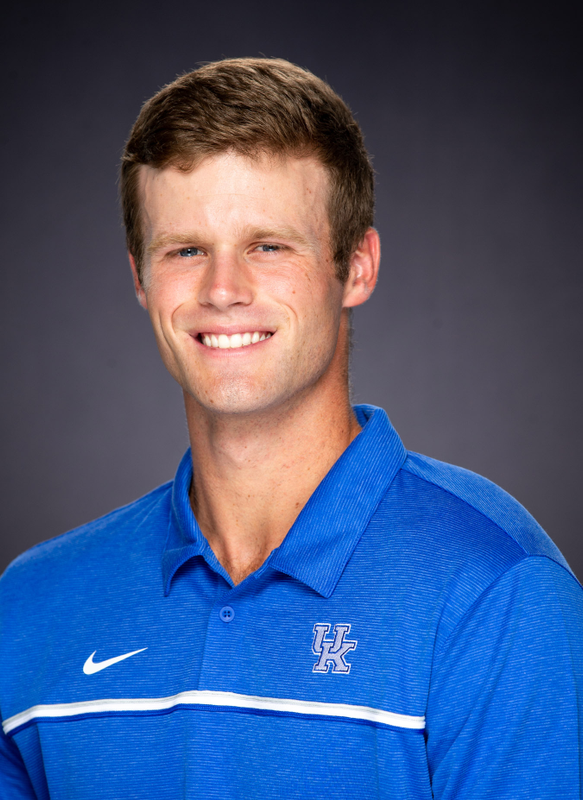 2020-21 (Redshirt Senior): Kentucky nomination for the 2021 SEC Boyd McWhorter Postgraduate Scholarship … Appeared in nine events during his final season, making seven starts … Earned a seventh-place finish at the Schenkel Invitational … Fired a 3-under scorecard for a season-best 213 total … Had rounds of 70-72-71 … Opened the spring season with a career-low-tying 67 in the opening round of the Kiawah Invitational … Tied for 33rd at the SEC Championship and began the week with rounds of 72 and 69 … Logged six total par-or-better rounds during the season … Had 15.5 of his 21 rounds count towards the team’s score … Academic All-SEC selection … Graduated in May with a degree in finance and economics.

2019-20 (Senior):  Started every event for the Wildcats … Led the team with a 72.88 stroke average … Earned a pair of top-20 finishes and a career-best finish with a tie for fourth at the Bearcat Invitational … The fourth-place showing was the best individual finish of the season for any UK player … Had a team-high eight par-or-better rounds … Began the year with a tie for 15th at the Island Resort Intercollegiate … Shot under par during all three rounds of the Bearcat Invitational, including a career-low 67 during the tournament’s opening round … Tied for second at the Genesis Open Collegiate Showcase where he played alongside PGA Tour member and UK Athletics Hall of Famer J.B. Holmes just missing out on being the automatic qualifier for the event … Tied for 32nd at the Tiger Invitational with an even-par final round to help the Wildcats finish fourth … Academic All-SEC … Early Wave Srixon/Cleveland Golf All-America Scholar.

2018-19 (Junior):  Academic All-SEC honoree … Appeared in five events as a junior, including making two starts … Was in the starting lineup in UK’s opening event of the season at the Louisville Cardinal Challenge … Also made the top five for the Steelwood Collegiate Invitational …  Best finish of the season came at The Grove where he tied for 30th … Shot a season-low score of 72 in third round of consecutive events in the Beach Bash and Shoal Creek.

2017-18 (Sophomore): Competed in the Puerto Rico Individual Classic where he finished in eighth place with a score of 229 (+9) … Low 18-hole total of 74 came at the second round in Puerto Rico … Academic All-SEC member.

High School: Hails from Louisville, Kentucky … A four-year letterwinner for Saint Xavier High School where he was a teammate with classmate, Matt Liston … A two-time All-State performer who helped lead Saint Xavier to consecutive state championships his junior and season seasons … In 2015, St. X set the state record with a 22-stroke lead … Turned in a third-place finish at the state championships in 2014 behind rounds of 71 and 72 and again in 2015 with rounds of 65 and 72 … Garnered five top-15 finishes on the AJGA circuit … Carded a seventh place finish twice including at the prestigious 2015 Wells Fargo Jr. event … Was crowned the Golfweek 14U Player of the Year in 2013 … Won the OtterCreek AJGA … Qualified for the Junior PGA Championship twice … Member of the National Honor Society and the Gentleman’s Breakfast Club.

Personal: Son of Kim and Vince Hamilton … Has a sister, Maddie … Born on March 12 … Major is finance and economics … Father, played golf at UK … Sister, plays golf at Notre Dame.