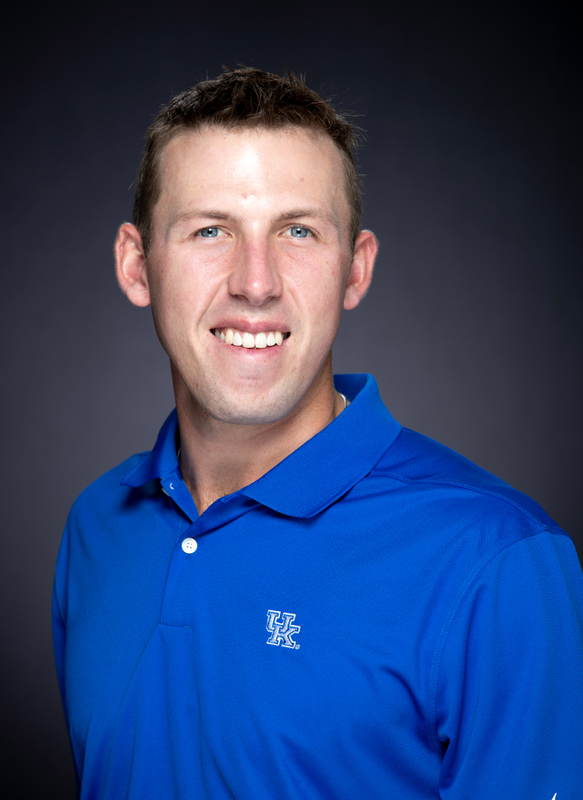 2021-22 (Graduate): Capped his final season with the statistically best season of his career … Started all 10 events for the Wildcats and appeared as an individual in the Genesis Open Collegiate Showcase … Fired a career-low 71.77 stroke average, ranking second on the team … Had a team-high five top-10 finishes and a team-high seven top-20 finishes … Secured a career-low round (66), a career-low 54-hole total (204) and a career-best finish (T4) throughout the season … Registered 17 par-or-better rounds … Began the season by finishing in a tie for seventh at the Island Resort Intercollegiate … Tied for ninth at the Old Town Collegiate Invitational where he generated a 204 (-6) scorecard and three rounds of par-or-better, including a career-low 66 during the final round … The 204 score ranks as the fifth-lowest score in the Brian Craig era and the round of 66 is tied for the 19th best … Tied for eighth with a 210 score at the Lake Las Vegas Intercollegiate … He shot 70 during all three rounds … Placed in a tie for 13th to lead the team at the Wake Forest Invitational at Pinehurst No. 2 … He then shot 209 (-7) at the Schenkel Invitational for a career-best tie for fourth finish … He also fired a career-best-tying 66 during the final round … He capped the regular season with a tie for ninth at the Lewis Chitengwa Memorial … Made his first appearance in the NCAA Regional lineup … Named to the SEC Community Service team for a record fourth time … Earned a master’s degree in Finance in May of 2022.

2020-21 (Senior): Produced the best season of his collegiate career … Started all nine events for the Wildcats … Registered a career-low 73.26 stroke average … Notched 10 par-or-better rounds … Earned a career-best finish of a tie for 16th at the Kiawah Invitational … Generated a career-low round of 68 during the second round of that tournament … Also fired a career-low 212 (-4) tournament score in his top-20 finish at the Kiawah … He tied for 23rd in UK’s opening event of the season at the Blessings Collegiate Invitational … Tied for 33rd in his first career appearance at the SEC Championship which included a pair of under-par rounds … Academic All-SEC selection … Named to the 2021 SEC Community Service Team becoming a three-time selection.

2019-20 (Junior):  Saw action in five tournaments … Started the Island Resort Intercollegiate and the Tiger Invitational … Best finish came at Bearcat Invitational where he tied for 21st … Also boasted a career-low round of 69 during the third round of the Bearcat … His 216 three-round total also marked a career-low … Notched five par-or-better rounds … Placed in a tie for 29th at the Steelwood Collegiate Invitational … Tied for 42nd at the Tiger Invitational as he helped the Cats finish in fourth overall … Enjoyed a career-low 73.46 stroke average … SAAC representative … Inducted in the Frank G. Ham Society of Character … Represented UK at the SEC Student-Athlete Advisory Committee … Academic All-SEC selection … SEC Community Service Team … Graduated in May with a degree in management … Early Wave Srixon/Cleveland Golf All-America Scholar.

2018-19 (Sophomore):  Appeared in four events during his sophomore campaign … Best finish came at the Shoal Creek Invitational where he tied for 39th … Carded a career-low round of 70 in the opening round of the season at the Louisville Cardinal Challenge … Had a pair of par-or-better rounds … Shot his career-low 54-hole total (224) twice, once at the Louisville Cardinal Challenge and again at Shoal Creek … Academic All-SEC … SEC Community Service Team.

2017-18 (Redshirt Freshman): An All-SEC Academic Team member … Competed in four events, including making the starting lineup at the Crooked Stick Intercollegiate … Low 18-hole total of 71 came at the Steelwood Collegiate Invitational where he finished tied for 23rd place … Shot his season-low 54-hole total (224) twice, once at Crooked Stick and again at Steelwood … Averaged 76.56 through his 12 rounds.

2016-17 (Freshman): All-SEC First Year Academic Honor Roll member … Did not compete in any events during his freshman campaign.

High School: Hails from Frankfort, Kentucky, where he played his high school golf at Franklin County High School … A four-year letterwinner who caped his career owning every statistical record for Franklin County High including a 69.9 stroke average … A two-time Central Kentucky Golf Conference Player of the Year … Was twice tabbed to the All-State team … Tied for eighth in the KHSAA state tournament as a senior … High school team finished runner-up in back-to-back seasons at the state tournament … Seven-time Gene Hilen Cup Champion (2009-15) … Steve Flesch/Covington Catholic champion … Central Kentucky Conference Tournament Champion in his final campaign … As a junior, he finished 11th at the state tournament … Won the Bullitt East Charger Open … Turned in a second-place finish at the American Junior Golf Association’s (AJGA) Natural Resource Partners Bluegrass Junior tournament in Ashland, Kentucky … Earned a seventh-place finish at the Southern Junior Amateur event at The Club at Olde Stone in Bowling Green, Kentucky … A member of the Beta Club, National Honor Society, Student Council and Fellowship of Christian Athletes.

Personal: Son of Marsha and Dwayne Cook … Has a brother, Jonathan, and a sister, Rebecca … Born on Feb. 19 … Graduated in May of 2020 with a degree in management … Pursuing a master’s in finance.