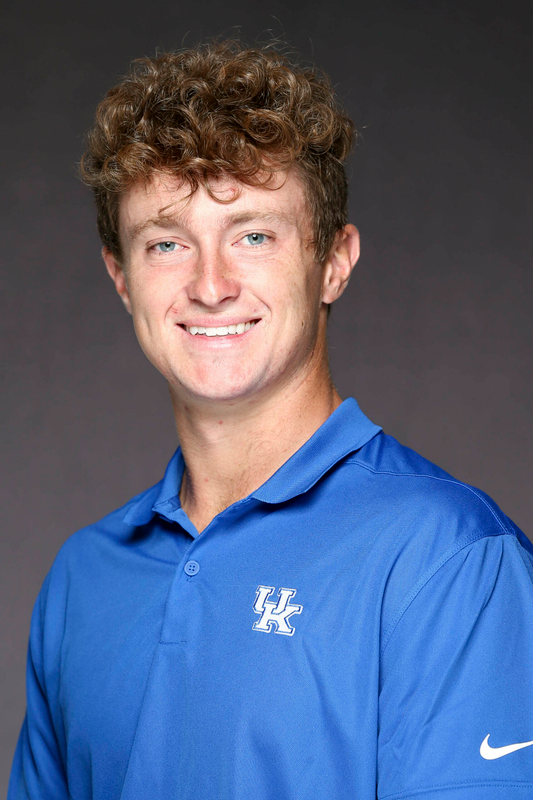 2021-22 (Junior): Played in three events during his junior campaign and made one start … Logged a 75.00 stroke average … Played 6-over par with rounds of 71-72-73 at the Old Town Collegiate Invitational … Tied for 56th at the Island Resort Invitational … Earned a tie for 60th at the Lewis Chitengwa Memorial … Academic All-SEC.

2020-21 (Sophomore): Saw action in eight events with seven starts during his sophomore campaign … Had a 75.38 stroke average … Tied for 30th at the Kiawah Invitational … Had a career-low round of 68 to open the tournament … Secured a 1-under (215) scorecard for the tournament which also marked a career best … Tied for 33rd at the Schenkel Invitational … In his first postseason appearance at the SEC Championship, he finished in 63rd … Fired an even-par 71 during the second round of SECs … Had four par-or-better rounds on the season … Academic All-SEC selection.

2019-20 (Freshman): Earned five starts in his freshman campaign … Totaled a 74.54 stroke average … Had four par-or-better rounds … Opened his collegiate career with a top-20 finish in the form of a tie for 18th at the Island Resort Intercollegiate … Tied for 35th at the Bearcat Invitational as he helped the Cats to a third-place finish … Fired a career-low round of 70 during the tournament’s second round … Also boasted a career-low score of 218 … Began the spring season with an even-par 72 at the Dorado Beach Collegiate before the tournament’s final two rounds were canceled due to heavy rain … First-year SEC Academic Honor Roll.

High School: Tabbed the state player of the year and also helped lead Taylor County to a team championship in 2018 … Three-time Regional champion … A three-time Kentucky First-Team All-State member … Ranks among the top 100 of the 2019 class according to the Junior Golf Scoreboard … A five-time region player of the year and the 2017 Golf House Kentucky Junior Player of the Year … Has amassed six top-five finishes on the AJGA, and he won the Kentucky Invitational Tournament twice … Also finished third at the 2018 Big “I” National Championship … Ranked the top-overall student in his graduating class while also participating in the BETA Club, DECA and Fellowship of Christian Athletes … Also participated in basketball and tennis … Region doubles runners-up in 2018 … Reached the regional singles semifinals in 2019.

Personal: Son of Scott and Christy Parks … Born on Feb. 19 … Has one brother, Tanner, who is also a part of the UK men’s golf team … Father, Scott, played football at Eastern Kentucky … Major is kinesiology.