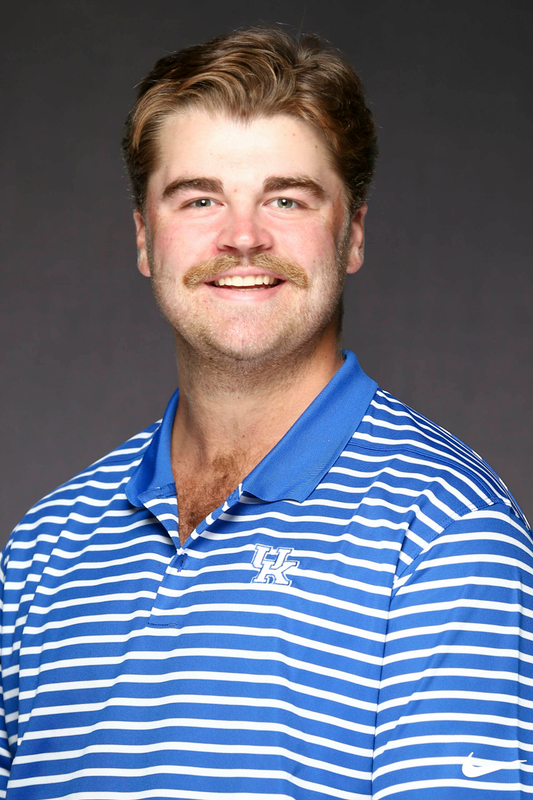 2021-22 (Sophomore): Saw action in nine events and made eight starts, including all seven events during the spring schedule … Logged a career-best 72.89 stroke average … Generated 12 par-or-better rounds … Had two top-20 finishes … Produced a tie for 16th at the Steelwood Collegiate Invitational … Fired a 3-under par 54-hole total of 213 … The score and finish were both career bests … Tied for 25th at the Lake Las Vegas Intercollegiate with an even-par scorecard … Tied for 24th at the Wake Forest Invitational at Pinehurst No. 2 … Captured his second finish of 16th for the season, this time at the Schenkel Invitational … Played 2-under par and boasted three rounds of par-or-better … Tied for UK’s best finisher at the Hootie at Bulls Bay Intercollegiate with a tie for 33rd and a 1-under tournament score … Started both the SEC Championship and NCAA Regional … Academic All-SEC … Early Wave Srixon/Cleveland Golf All-America scholar.

2020-21 (Freshman): Saw action in three tournaments and made a pair of starts in his first season with the Wildcats … Averaged a 75.44 stroke average … Tied for 55th in his collegiate debut at the Blessings Collegiate Invitational … Began his career with an even-par 72… Tied for 29th at the Schenkel Invitational … Finished the tournament with a career-low round of 68 to cap his season in style … His 222-tournament score at the Schenkel also marked a career best … Four of his six rounds as a starter accounted for the team’s score … First-year Academic All-SEC selection.

High School: A top-20 player in the class of 2020 according to the Junior Golf Scoreboard … A two-time all-state selection and was a member of the 2016 Saint Xavier state championship squad … During his junior season, he generated a team-low scoring average with a 70.3 and nine straight under par rounds … As a senior, he logged a 71.3 scoring average … Captured the coaches award his senior season … Also awarded the Ray Baer Memorial Award from the Saint X athletic department … Scholastic Student-Athlete Award for the golf team both his junior and senior seasons … Qualified for the 2018 US Junior tournament and won the 73rd Junior Falls Cities Match Play Championship … Twice qualified for the junior PGA Championship and has six top-10 finishes on the American Junior Golf Association tour … A member of the Animal Conservation Club and the Gentleman’s Breakfast Club … Helped raise more than $17,000 for the Jennifer Lawrence Heart Center at Norton Children’s Hospital through the AJGA Leadership Links program … A leader on the Christian Awakening Retreat and was a member of the 2020 Saint Xavier Jamaican mission trip.

Personal: Son of Rob and Missy Kremer … Born on July 17 … Has a brother, Colin … Chose UK because he grew up playing with and against most of players on the Kentucky roster and he enjoys being around them … He also knows the team will push and guide him through his career … Major is management.