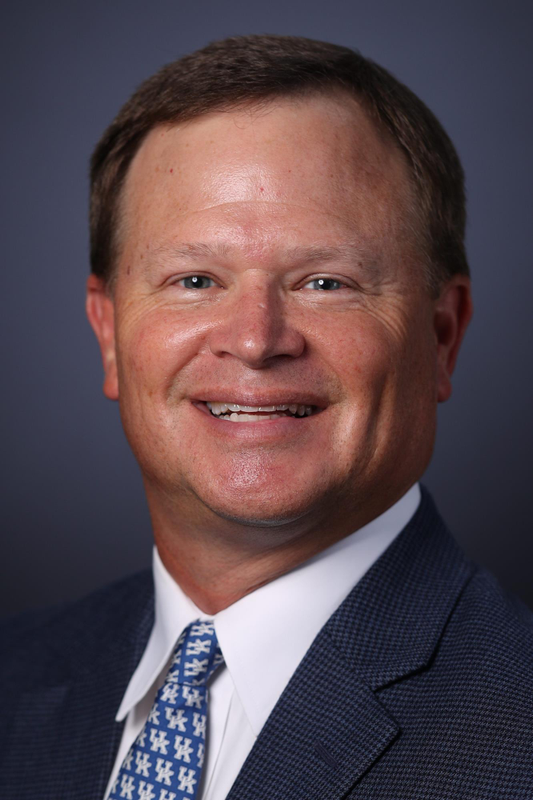 Brian Craig is in his 22nd season as head coach of the University of Kentucky’s men’s golf team. In 21 seasons at the helm, Craig has elevated the program to unprecedented heights, taking the team to three top-10 NCAA finishes in 2003, 2005 and 2006 and the school’s first Southeastern Conference title in 2005.

Craig has reached success that the Kentucky men’s golf program took decades to accomplish. Since 1930, the Wildcats have finished in the top half of the SEC Championship a total of 12 times, with almost half of those finishes coming under Craig’s tenure. However, more impressive for Craig’s tenure is the fact that Kentucky has been to 10 NCAA Championships since golf was started at Kentucky with Craig making the NCAA Championship seven times including its most recent appearance in 2018. The NCAA did not complete a season in 2020 due to the COVID-19 pandemic.

The native of Gastonia, North Carolina, led UK to its first SEC Championship in 2005 and finished with a school-best fifth-place finish at the NCAA tournament in 2006. He earned SEC Coach of the Year honors in 2005 and was twice named the Eaton Golf Pride Regional Coach of the Year for the Midwest Region.

Before coming to UK, Craig spent two years at the helm of the University of Central Florida’s golf team. At UCF, Craig coached the Golden Knights to a second-place finish in the 2001 Trans America Athletic Conference Tournament. In his first recruiting class at UCF in 2000, Craig signed four nationally ranked golfers, three of whom made the TAAC’s All-Freshman Team, including league Freshman of the Year.

Before landing his first head-coaching job, Craig served as assistant coach at the University of Florida, his alma mater, for two years (1997-99). As a Gator assistant, Craig had the opportunity to mentor two All-Americans and seven All-SEC golfers, including 1999 SEC Player of the Year Steve Scott. He also helped guide Florida to the 1999 SEC Championship.

Craig began a three-year professional career as a golfer shortly after graduating from UF with honors in economics in 1992. He competed in numerous mini-tour events, winning the Powerbilt Tour Northwoods Championship in 1995 and the 1996 Future Majors Tour Harbor Hills Championship. In 1994, Craig competed in the U.S. Open at Oakmont Country Club in Pittsburgh and finished sixth at the Jamaican Open. He finished 11th on the 1995 Powerbilt Tour money list and followed with a 15th-place ranking on the Golden Bear Tour money list in 1996.

Craig finished his college career ranked among the leaders in University of Florida history for most top-10 finishes. He received Academic All-SEC honors three times in his career and was honored as an Academic All-American during his senior campaign in 1992.

During his time at UF, Craig was a member of one of the most successful teams in school history as the Gators claimed runner-up honors at the 1990 NCAA Championships. Florida also won three SEC Championships in Craig’s four years, as well as the 1992 NCAA East Region Championship title.

Craig has been married for 27 years to his college sweetheart, Tami. They reside in Lexington with their three children, Katie Beth, Carson and Philip.