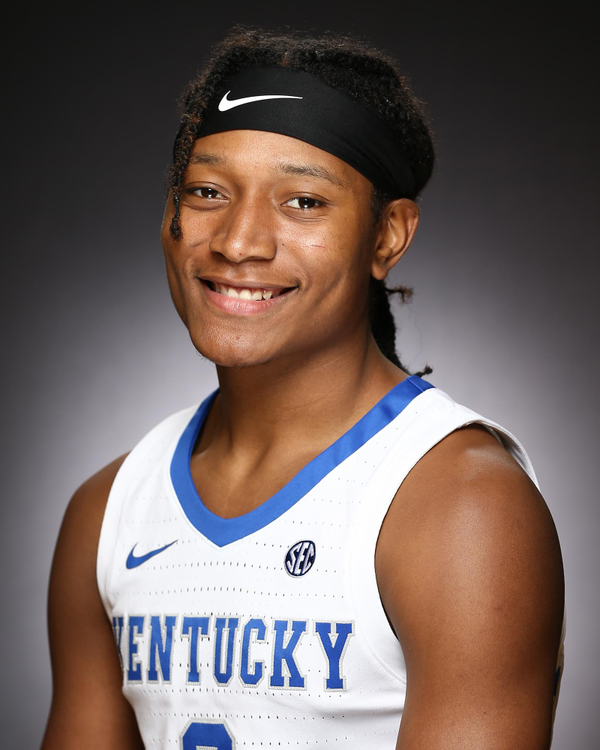 Freshman: Jerry West Award semifinalist … Kyle Macy CollegeInsider Freshman All-America Team … A second-team selection to the All-SEC squad by the league’s coaches … All-SEC Freshman Team selection … Appeared in 31 games and made 29 starts … Missed three games due to injury … Ranked second on the team in scoring (388), assists (120) and steals (40) … Averaged 12.5 points, 3.9 assists and 3.5 rebounds per game … Only freshman in the country to average at least 12.5 points, 3.5 rebounds and 3.9 assists per game while shooting at least 45% from the floor and at least 35% from 3-point range … Paced the SEC with a 2.35 assist-to-turnover ratio … Ranked ninth in assists per game … Set a UK single-game record with 17 assists in the win over Georgia, which bettered John Wall’s record of 16 against Hartford in December of 2009 … Had 20 double-figure scoring efforts and paced the team in scoring on five occasions … Had 21 games with three or more assists … Totaled a pair of double-doubles and the first Wildcat since 2020 to have one in the points-assists variety and another in the points-rebounds kind … Had 17 points, six rebounds, four assists and three steals in the loss to Tennessee in the SEC Tournament semifinals … Logged a team-high 25 points behind a career-best four 3-pointers in the win over Vanderbilt in the SEC Tournament quarterfinals … Scored 14 points and added four assists in the win over Ole Miss … Had 14 points, three assists and three rebounds at South Carolina … Had a team-high 15 points at Alabama … Scored a career-high 28 points to couple with five assists and three steals in the historic win over Tennessee at home … Notched 15 points, four boards, four assists, a block and a steal at Vanderbilt … Logged 17 points and 17 assists to go along with five boards and a pair of steals against Georgia … Scored 15 points and added nine assists against High Point … Had 20 points and six assists in the win over Western Kentucky … Had a stretch of seven straight games in double-figures from Nov. 12-Dec. 7 … Scored 20 points and added six boards against Albany … Earned his first career double-double with 20 points and 12 rebounds while adding five assists, a block and a steal in the home victory over Ohio … Scored 16 points in a win over Mount St. Mary’s … First double figure scoring effort came in the home opener against Robert Morris with 10 points.

Named the MaxPreps Arizona Player of the Year … Averaged 24.0 points, 7.0 assists and 6.0 rebounds per game for AZ Compass Prep, which finished 30-2 during his senior season … Connected on 48% of his shots, including 41% from 3-point range and 88% from the free-throw line … Suited up for Team Loyalty at the 2021 Iverson Roundball Classic in Memphis … Won the 3-point shooting contest at the event and scored a game-high 22 points … Named to the All-Tournament Team at GEICO Nationals … Registered 22 points, 10 rebounds and five assists in the quarterfinals and had 15 points and five assists in a loss to No. 1 Montverde Academy in the semifinals … Five-star prospect … Ranked as high as the No. 14 overall player by Rivals and ESPN and second at his position by ESPN … Tabbed the No. 19 overall player by 247Sports.

Born Nov. 15 in Phoenix … Parents are Felicia Caldwell and Tyrone Washington Sr. … Has two siblings, Tatyana and Tyrique … Major is community and leadership development … Lists his parents as his life’s greatest influences … Chose No. 3 because it was Allen Iverson’s number … Favorite show on Netflix is On My Block … Says a prayer before games … Lists Devin Booker as his favorite former UK player … Favorite meal is shrimp alfredo … Dunked for the first time at age 16 in physical education class … Off-the-court talents include rapping … Learned that winning takes sacrifices when watching “The Last Dance.”

Kentucky Gets Past Vanderbilt in SEC Tourney Quarterfinals