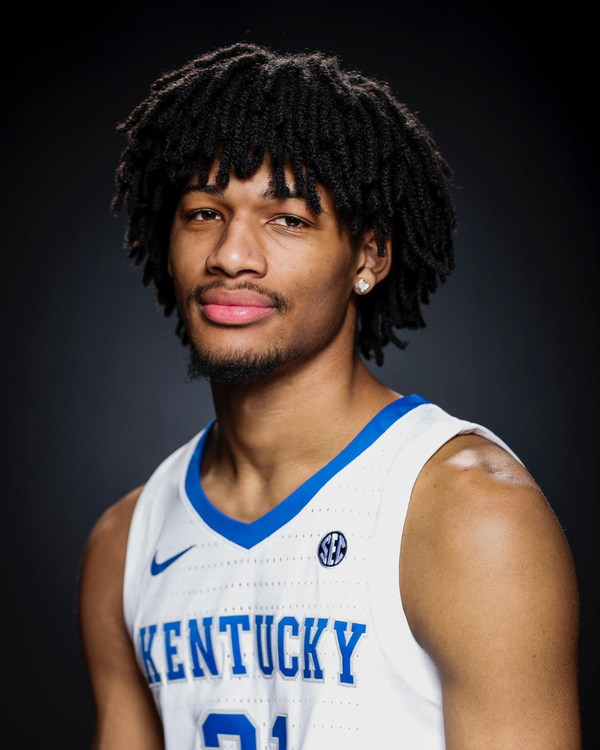 Freshman: Midyear enrollee who joined the team in January … Did not play in 2021-22.

Ranked the No. 1 overall prospect in the 2022 class by ESPN, Rivals and 247Sports prior to enrolling at Kentucky a semester early … He is the first No. 1 overall prospect to sign with the Cats since Nerlens Noel in 2012 … Also listed as the No. 1 shooting guard in the class by every recruiting service … Averaged 22.6 points, 5.8 rebounds and 2.7 assists in the 2021 Nike Elite Youth Basketball League … Led the event in points scored and finished in the top five in 3-pointers made … Attended the NBPA Top 100 camp, the Pangos All-American Camp and the Nike Hoop Summit … Finished his high school career at Dream City Christian Academy in Glendale, Arizona … Averaged 24.1 points and six rebounds per game as a junior … First Team All-Circuit … The Circuit’s Player of the Year … Began his high school career at H.B. Beal Secondary School in his hometown and led his team to the Ontario Federation of School Athletic Associations Championship … Represented Canada at the 2019 FIBA Under-16 Americas Championship in Brazil … Averaged 13.0 points, 3.7 boards and 2.3 assists as the team won a silver medal … Chose Kentucky over Arizona, Oklahoma State, Kansas and the G-League.

Born May 30 in London, Ontario … Parents are Julia Bell and Robert Sharpe … Has two siblings, Nishayne and Amari … Major is marketing … Also played football … A cousin, Dasan Brown, plays for the Toronto Blue Jays … Away from the court he likes to play video games and watch Netflix … Lists his parents as his life’s greatest influence … Favorite food is a jerk chicken sandwich … A superpower he wishes he had is the ability to teleport … Kobe Bryant is his all-time favorite player … Listens to Reggae music or Lil Baby before games … Favorite movies are Planet of the Apes and Avatar.