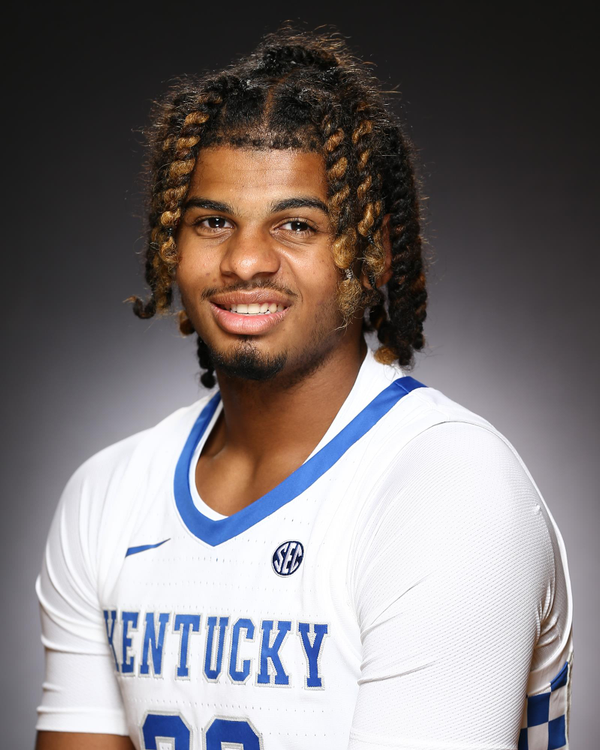 Freshman: Made 28 appearances during his freshman campaign … Averaged 2.1 points and 1.4 rebounds per game in 6.5 minutes per outing … Had a career-best 13 points on 5-of-6 shooting to couple with four boards in 16 important minutes in a come-from-behind win over LSU … Had two points and a block in the overtime win over Mississippi State … Drained a 3-pointer in the historic home win over Tennessee … Had two points and five rebounds at Vanderbilt … Had five points and a pair of rebounds in the win over North Carolina … Scored six points, added four rebounds and had a career-high three assists in the win over Central Michigan … Scored seven points against North Florida … Had seven points, seven rebounds and an assist in 16 critical minutes in the home win over Ohio as much of UK’s front court fought early foul trouble … Had four points and two rebounds in his home debut against Robert Morris.

A versatile combo-forward … Considered a four-star prospect and consensus top-50 recruit … Ranked as high as No. 33 overall by ESPN’s recruiting services … Averaged 24.4 points, 12.5 rebounds, 3.0 assists, 1.8 steals and 1.5 blocks per game as a senior … Named the MaxPreps Illinois Player of the Year … Also tabbed to the Chicago Land Prep Hoops All-State First Team … Two-time Chicago League Player of the Year … Named to the Jordan Brand Classic roster … Also earned selection to the Allen Iverson Roundball Classic … Most valuable player of the Catholic League and Fenwick won the Catholic League championship.

Born Sept. 7 in Downers Grove, Illinois … Parents are Karen and Clyde Hopkins … Has two sisters, Brianna and Jasmine … Nickname is B-Hop … Major is communication … Father played basketball at Tennessee Tech … Participated in several community service events with his basketball team such as giving gifts and gift wrapping at Christmastime and packing meals for the less fortunate around Thanksgiving … Away from the court, likes to play video games, hang out with his teammates and play pool or ping-pong … Lists his most memorable moment as a basketball player as committing to Kentucky … Favorite food is barbecue boneless wings … Listens to Lil Durk, Lil Baby and Moneybagg Yo … Notes his dad is his life’s greatest influence because he’s the reason why he’s the basketball player and man he is today … Chose No. 23 because of Michael Jordan and LeBron James … Lists Malik Monk as his favorite former Wildcat … Favorite movie is Like Mike.