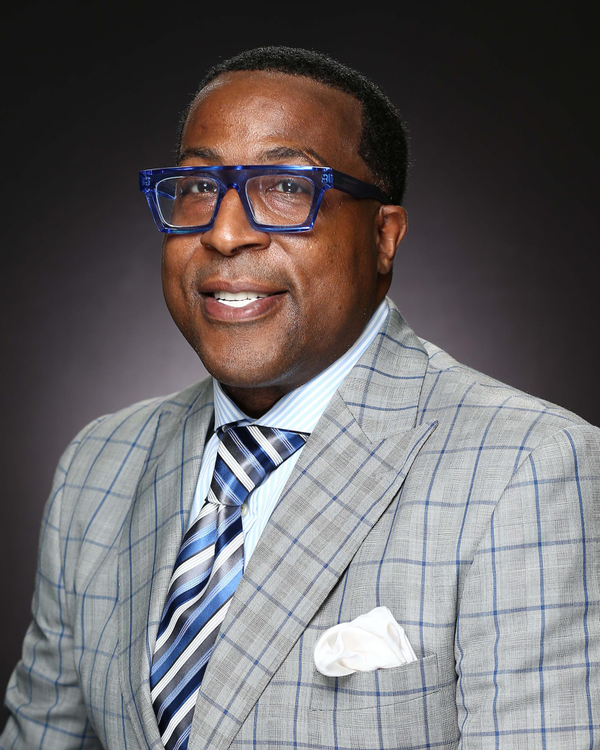 Ronald “Chin” Coleman joined the Kentucky coaching staff in May of 2021 after four seasons as an assistant coach at Illinois. With a relationship-driven focus that has forged success on the court with his players and on the recruiting trail, he has earned a reputation as one of the top assistant coaches in the country.

Coleman spent his first season in Lexington helping in the development of guards Sahvir Wheeler who was a Bob Cousy finalist and led the Southeastern Conference in assists per game, as well as TyTy Washington Jr. who set in the UK single-game record with 17 assists against Georgia.

Coleman was instrumental in the development of Ayo Dosunmu, one of the country’s best point guards at Illinois. Under Coleman’s guidance, Dosunmu raked in dozens of national and conference honors, including USA Today National Player of the Year, Bob Cousy Point Guard of the Year and NCAA Consensus All-America First Team honors. He averaged 20.1 points and 5.3 assists per game to lead Illinois to a No. 1 seed in the NCAA Tournament.

With Coleman on the bench, Illinois posted back-to-back 20-win seasons the last two years for the first time since the 2012-13 and 2013-14 seasons and finished second in the Big Ten in 2021. With Coleman serving as a defensive coordinator in 2020-21, the Illini finished seventh in the country in the Ken Pomeroy’s adjusted defensive rankings and hovered around the top spot for much of the season.

Prior to Illinois, Coleman served two years as an assistant coach under then-head coach Steve McClain at UIC. The Flames underwent a remarkable turnaround in Coleman’s two seasons on staff, winning 17 games in 2016-17, a 12-win increase over the previous season.

At UIC, Coleman helped recruit and develop Dikembe Dixson, who was named the 2016 Horizon League Freshman of the Year and earned a spot on the All-Horizon League Team after setting the league’s scoring record by a freshman. During his first season with the Flames, Coleman was key in the development of sophomore Tai Odiase, one of the top rim protectors in the country. Odiase led all NCAA Division I players with 3.23 blocks per game during the regular season and was named to the Horizon League All-Defensive Team.

Coleman was at Bradley for three seasons before UIC and was elevated to assistant head coach in his final season in 2014-15. In his first year with the Braves, Coleman helped BU to its first winning record in three seasons.

Prior to his time at Bradley, he was an assistant coach at Colorado State under then-head coach Tim Miles. The following season, Miles brought Coleman with him to Nebraska as the Director of Player Development.

In his lone season at Colorado State, Coleman helped pilot the 2011-12 Rams to their first 20-win campaign in 14 years and their first NCAA Tournament berth since the 2003 season. CSU featured three All-Mountain West players that season, including first-team pick Wes Elkmeier.

Before entering the college ranks, Coleman served as head coach of the Chicago-based Mac Irvin Fire AAU squad from 2005 to 2011. Coleman laid the foundation for Mac Irvin Fire into becoming one of the premier AAU teams in the country.

Coleman also coached Illinois prep hoops for Benjamin E. Mays Academy and Whitney Young High School in Chicago. In 2006, he directed Mays to a perfect 35-0 record and a District 299 City Championship. He then moved back home to lead Whitney Young as the associate head coach, and from 2007 to 2011, Whitney Young finished in the top 25 nationally for four consecutive seasons, including an Illinois High School Association title in 2009.

The Chicago native played high school ball at Chicago’s South Shore Career Academy before competing collegiately for Weber State and Lamar. Coleman spent his first season at Weber State and appeared in 25 games as a true freshman. During his three seasons at Lamar, Coleman led the Cardinals in scoring all three seasons and earned three consecutive All-Sun Belt First Team honors. His 1,316 points was the 10th-best mark in Lamar school history at the conclusion of his career.

Coleman played seven seasons of professional basketball, including stints with the Houston Rockets and the Grand Rapid Hoops in the Continental Basketball Association, a professional basketball minor league. He also competed overseas in Finland and in Latvia’s top league before returning to the United States to begin his coaching career.

Coleman earned a bachelor’s degree in applied arts and science from Lamar in 1997.

He and his wife, Angela, have a daughter, Rahni.