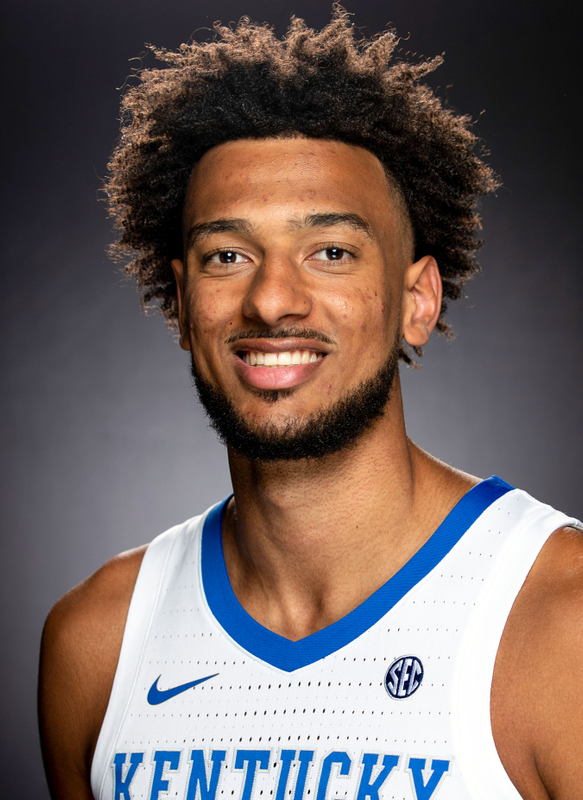 Senior: Southeastern Conference First-Year Academic Honor Roll member … Declared for the 2021 NBA Draft following the season and will forgo his remaining collegiate eligibility … Expected to graduate in May with a degree in communication … Tabbed to the SEC Community Service Team … One of 30 candidates for the Senior CLASS Award, which honors student-athletes who excel in four core areas: character, competition, classroom and community service … One of three team captains … Played an important leadership role on a young team and was the only player to start in all 25 games … Concluded his senior season with 934 career points, 626 rebounds and 111 blocked shots … Averaged 10.8 points and 5.2 rebounds as a senior … Had a team-high-tying two games with 20 or more points … Notched a team-high three double-doubles on the season … Ranked third on the team in scoring and third in rebounding … Scored in double figures in 14 games, including nine of the final 12 games … Made a career-high 12 3-pointers on a career-best 46.2% clip … Also shot a career-high 79.1% (72 of 91) from the free-throw line … Dished out a career-high 32 assists … Led the team in blocks in eight games, rebounding four times, scoring in three games and in steals once … Scored 14 points with five rebounds in the SEC Tournament game against Mississippi State … Had 15 points on 6-of-10 shooting to go with three rebounds and a block in the regular-season finale rout of South Carolina … Totaled 15 points and made eight free throws at Ole Miss … Notched 10 points, seven rebounds, two assists and a block in the upset win at No. 19/20 Tennessee … Was also a perfect 6 of 6 at the free-throw line in that game … Recorded 10 points and matched a career-high with four blocks at Vanderbilt … Scored nine points and swatted four shots in the home victory over Auburn … Logged a double-double with 13 points, which included a career-high three 3-pointers, and 10 rebounds against Arkansas … Also dished out a career-high four assists in that game … Scored 14 points to go with five rebounds, a block, an assist and a steal at home against No. 11/10 Tennessee … Totaled 12 points and with a pair of steals at No. 9/8 Alabama … Poured in 13 points and added five boards in the victory over LSU … Scored a season-high 24 points behind a career-high 14 made free throws along with seven rebounds in the home win over Vanderbilt … Totaled 14 points, 12 rebounds, two blocks and a pair of 3-pointers in the double-overtime win over Mississippi State … Tallied 22 points with 11 made field goals, seven rebounds and three blocks against Notre Dame … Earned his first double-double of the season with 17 points and 11 rebounds against Richmond.

Junior: All-Atlantic Coast Conference Third Team selection and runner-up for ACC Most Improved Player … Appeared in 30 games, making 15 starts … Missed one game due to injury … Averaged 13.7 points and 9.0 rebounds per game … Led the team with 11 double-doubles and 33 blocks … Scored in double figures in 23 games … Two-time ACC Player of the Week, becoming the 12th different Deacon to win it twice in a season … Ended the season with six straight games in double figures, including 20 points and 13 rebounds vs. Pittsburgh in the finale … Also tallied eight offensive rebounds in the game vs. Pitt, which tied a school ACC Tournament record … Set career highs of 30 points and 17 rebounds vs. Notre Dame to become the third Deacon in the past 50 years to have a 30-and-15 game against an ACC opponent (John Collins, Rodney Rogers) … Scored 25 points vs. No. 7 Duke … Key road performances at No. 5 Louisville (16 points) and at Syracuse (15 points) … Three straight double-doubles vs. Boston College, Clemson and Virginia in late January … Wooden Legacy All-Tournament Team after averaging 17.0 points and 11.7 rebounds over three games … Scored in double figures in seven straight games from Nov. 22 to Dec. 21, including five double-doubles … Included in that stretch was a 21-point, 13-rebound outing vs. Arizona … Scored 21 points and had eight rebounds vs. UNC Asheville … Became first Deac since 2013-14 with first half double-double and finished with 14 points and 13 rebounds at Boston College.

Freshman: Appeared in 30 games off the bench after missing the season opener due to injury … Averaged 3.2 points and 3.0 rebounds per game … Second on the team with 21 blocks … Had a season-high nine points at NC State and vs. Clemson … Scored seven points with a season-high eight rebounds vs. No. 21 Tennessee … Swatted a season-high three blocks vs. Quinnipiac and Notre Dame.

Born Feb. 20 … Parents are Massar and Marie Sarr … Has one brother, Alexandre … Major is communication … Chose his number because he has a 30-year age difference from his mother and his goddaughter was born July 30 … Favorite basketball player is Hakeem Olajuwon … Hobbies away from basketball include fishing, yoga, playing cards, reading, cooking and visiting with family and friends in France … Also played soccer growing up … Considers his fishing rod to be his most prized possession … Can play the clarinet … Chose Kentucky over Duke, Baylor, Florida State, Arizona State, Maryland and Purdue.