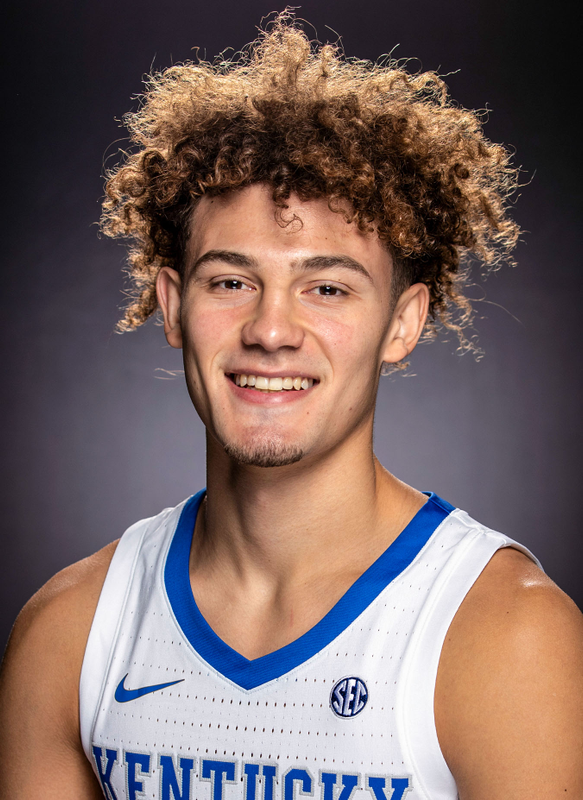 Freshman: Entered the transfer portal after the season … Saw action in all 25 games and made 20 starts in his freshman campaign … Scored 163 points, dished out 73 assists, snared 64 rebounds, induced 23 steals and added seven blocks … Averaged 6.5 points, 2.9 assists and 2.6 rebounds per game … Led the team in assists in 16 games and had a team-high 16 games with three or more assists … Finished second on the squad with 73 assists … Tallied seven double-figure scoring games … Led the team in steals in six games and had two games with three steals … Enjoyed a stretch of three or more assists in 10 of 11 games starting with the road game at Auburn through the home game vs. Florida … Recorded six points, three rebounds and two assists in the win over South Carolina … Posted seven points and added four assists in the upset win at No. 19/20 Tennessee … Logged nine points with three steals and three assists at Vanderbilt … Recorded nine points, five boards and four assists in the win over Auburn at home … Scored 11 points with a career-high-tying two 3-pointers and added six assists against Arkansas … Career-high 14 points with four assists and two steals in the home loss against No. 11/10 Tennessee … Totaled seven points and four assists in the narrow loss at No. 18/17 Missouri … Scored 12 points and added two assists and a steal at home again Alabama … Had 11 points and dished out three assists, including the game-winning dime, at home vs. Vanderbilt … Totaled 11 points on 5-of-10 shooting to go along with a career-high seven assists in the double-overtime win at Mississippi State … Scored 12 points with four rebounds and three assists against No. 22/21 North Carolina … Recorded seven points in the loss vs. No. 7/5 Kansa … Went for 12 points and four assists in his collegiate debut against Morehead State.

Averaged 16.7 points, 6.3 assists and 4.9 rebounds in his senior season at Mater Dei High School … Named to the Jordan Brand Classic roster … Trinity League Player of the Year … Tabbed California Interscholastic Federation First Team as a senior … Led his team as a sophomore to the CIF Open Division Southern California Regional championship … A 2018-19 MaxPreps Boys Basketball Sophomore All-American Third Team selection … Directed his team to the Peach Jam finals in the summer of 2019 and averaged 11.6 points, 5.1 assists and 4.8 rebounds per game while shooting 41.4% from 3 in the Nike Elite Youth Basketball League … Five-star prospect rating by ESPN … Tabbed the No. 26 overall player in the 2020 class by ESPN and the consensus No. 1 point guard in the 2021 class prior to reclassifying.

Born July 26 in Los Angeles … Parents are Katie and Brian Askew … Has two brothers, BJ and Jordan … Pursuing a degree in finance … Honor-roll student … Also played football, baseball and soccer … Participated in Anaheim Stadium Buddy Walks, helped serve food to the homeless in Santa Ana and assisted in coaching youth basketball … Father played soccer at Fresno State … Favorite food is Thai … Plays with a $5 bill in his left sock … Chose No. 2 because it’s been his number his whole life … Lists Devin Booker as his favorite former Kentucky player.