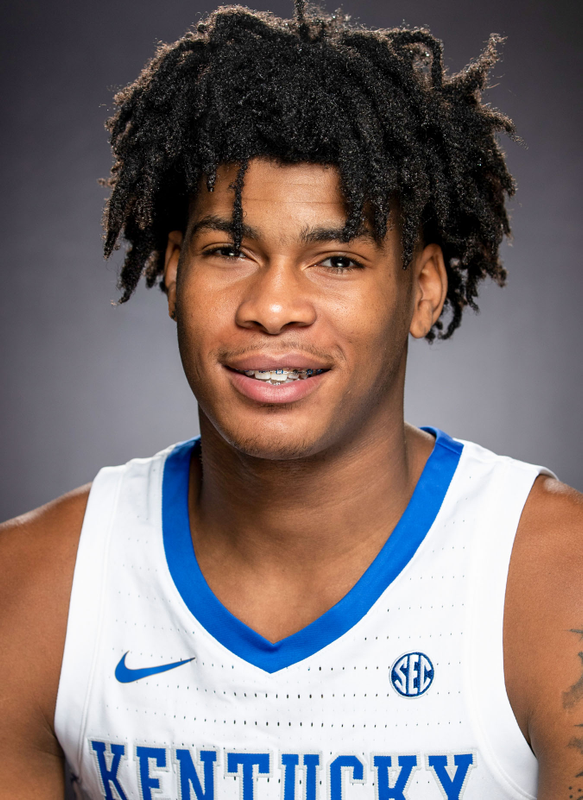 Freshman: Entered the transfer portal after the season … Appeared in nine games and made one start … Scored 15 points, logged 15 boards, had five steals and three assists … Led the team in steals in two games … Saw a minute of action in the Southeastern Conference Tournament game against Mississippi State … Scored on a dunk and added a pair of rebounds in the regular-season finale against South Carolina … Recorded a career-high two steals and two rebounds vs. No. 22/21 North Carolina … Tallied four points and hauled in a career-high six rebounds against Richmond in his lone start … Scored a career-best nine points and added three assists and a steal in 17 minutes in a do-everything performance against Morehead State. .

Consensus four-star prospect … Averaged 20.6 points, 9.8 rebounds and 2.7 blocks per game to lead Vashon High School to the Missouri State High School Activities Association Class 4 state semifinals before postseason play was canceled … Named the Missouri Basketball Coaches Association Class 4 Player of the Year … MBCAC CLASS 5 All-State Team selection … Two-time state champion … During the 2019 Nike Elite Youth Basketball League, averaged 11.8 points, 6.5 rebounds and 1.4 assists per game … Ranked as high as No. 49 by Rivals … Climbed the rankings after his surge in the Nike EYBL circuit and a standout performance at the NBPA Top 100 Camp in 2019.

Born July 10 … Parents are Tamika Fletcher and Michael Henderson  … Has three siblings, Jalen and Raven Fletcher and Jayden Dickerson … Brother Jalen played college basketball at Harris-Stowe State … Major is undeclared/exploratory studies in agriculture … Named to the honor society … Also played football and participated in track … His mother has been his life’s greatest influence … Favorite food is chicken … Dunked for the first time when he was 13 … Has to listen to music and eat candy before games … Lists his favorite movie as Boyz n the Hood … His most memorable moment as a basketball player was winning the state championship … His favorite former Kentucky player is Anthony Davis.