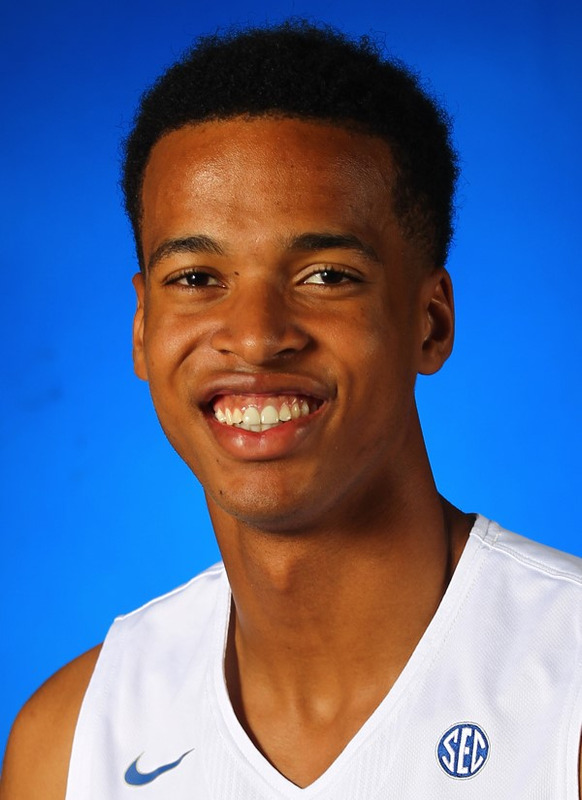 Freshman: Played in all 36 games with 18 starts during his freshman campaign … A two-time SEC Freshman of the Week selection … Averaged 6.6 points, 3.1 rebounds and 1.6 blocks per game while shooting 51.6 percent from the floor … Ranked among the top 10 in blocks per game among all SEC players … Posted 12 points on 6-of-10 shooting with six blocks in his NCAA Tournament debut vs. Stony Brook … Led the team with six blocks as UK broke an NCAA Tournament record with 15 total blocks in that game … Six blocks vs. Stony Brook tied for the second most by a Wildcat in an NCAA Tournament game … Earned SEC Freshman of the Week honors following prolific games vs. Florida and LSU to end the regular season … Notched 11 points and eight rebounds in the win at Florida … Followed that with an 18-point, nine-rebound, six-block effort in the regular-season finale vs. LSU … His nine rebounds and six blocks were career highs … Scored in double figures in 10 games including four of his first six career outings … Scored 11 points at Arkansas and added three blocks … … Had 16 points and seven rebounds in a win over Boston … Followed that with a 17-point outing in the victory over South Florida … Erupted for a career-best 26 points on 10-of-12 shooting in the second game of the season vs. NJIT … He also added five rebounds, two blocks and a steal … Led the team in blocks 12 times.

A consensus five-star recruit who now calls Memphis, Tenn., home, he is the No. 1 overall center in the 2015 class by both Rivals and Scout and the No. 2 center by 247Sports … Rated as the No. overall 3 player by Scout, No. 4 overall by Rivals, No. 7 by 247Sports and the No. 11 overall player by ESPN … Participated in the Nike Hoop Summitt and the Jordan Brand Classic … Had 11 points, 12 rebounds and two blocks in 19 minutes at the Jordan Brand Classic … Survived the earthquake in his home country of Haiti in 2010 before moving to the States … Played with Team Penny on the Nike EYBL.

Son of Lesly and Ema Labissiere … Born on March 18, 1996 … Has a brother, Elliott, and a sister, Mallya … Chose Kentucky over North Carolina, Georgetown, Baylor, Tennessee and Memphis … His biggest influences in life are his parents, as well as his American family … Lists coming to the States and winning an MVP award at one of his first All-American camps as his most memorable basketball moment … Chose No. 1 because he loves that number … His pre-game superstitions include washing his face and stretching.