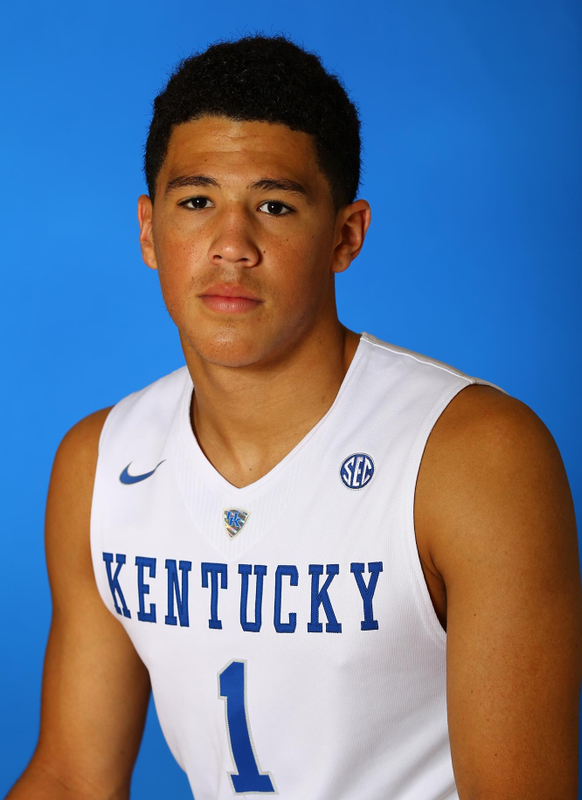 2014-15 (FRESHMAN): Earned SEC Sixth Man of the Year honors … Tabbed to the All-SEC Second Team and the All-SEC Freshman Team … Made the SEC First-Year Academic Honor Roll … Won four straight SEC Freshman of the Week honors between Jan. 12 and Feb. 2, 2015, while also earning the honor a league-high five times … Appeared in 38 games for the Wildcats … Averaged 10 points, 2.0 rebounds and 1.1 assists per game, while also sinking 58 shots from long range, second most on the team … Season highlights included a stretch of seven games in which he connected on 20 of 28 (71.4 percent) of his 3-point shots, beginning with the game vs. No. 18 North Carolina … Scored in double figures in 20 games, second best on the team … Had 10 points, including a pair of 3-pointers, in the win over No. 8 Notre Dame … Logged 12 points with four rebounds in the win over No. 20 West Virginia … Totaled 12 points and six rebounds in an SEC Tournament win over Auburn … Had 10 points in a home win over No. 18 Arkansas … Scored a game-high 18 points while adding a career-high seven rebounds in a win at Tennessee … Posted 14 and 12 points at LSU and Florida, respectively … Notched 11 points, which included a trio of 3-pointers, against Alabama … Scored 18 points at South Carolina to lead all scorers … Had 13 points and added three shots from long range at Alabama … Poured in 18 points with four 3-pointers at Texas A&M … Was a perfect 3 for 3 from 3-point range while logging 13 points in a win over Ole Miss … Scored a career-high 19 points and made a career-best five 3-pointers in the rout over UCLA … Logged 15 points and was 3 for 3 from 3-point range against No. 21 North Carolina … Had a career-high 19 points while sinking a career-best five 3-pointers against UT Arlington … Scored 18 points on 3-of-5 shooting from long range while adding a career-best three steals against Montana State … Posted 15 points and had a career-high seven assists in the win over Boston … Reached double-figure scoring for the first time in his career with 10 points in a win over Buffalo.

HIGH SCHOOL: A Mississippi State high school Gatorade Player of the Year as a junior … Averaged 30.9 points per game for Moss Point in Mississippi as a senior … Finished his three-year career as the school’s all-time leading scorer with 2,518 points in his career … Led Moss Point to the Region 8-4A regular-season and tournament championships … Poured in 31 points in the Alabama-Mississippi All-Star Classic … Selected as a McDonald’s All-American and played in the Jordan Brand Classic game … Poured in eight points including sinking a pair of 3-pointers in the McDonald’s game … Scored 11 points and was a perfect 6-of-6 at the line in the Jordan Brand game … Averaged 29.7 points per game as a junior … Scored 30 or more points 16 times as a junior, including a 54-point game in his sophomore season … Is regarded as the 18th overall prospect in his class by ESPN and third at his position … Scout and Rivals both have him rated as the No. 29 overall player … Scout lists him sixth at his position, while Rivals lists him at 12.