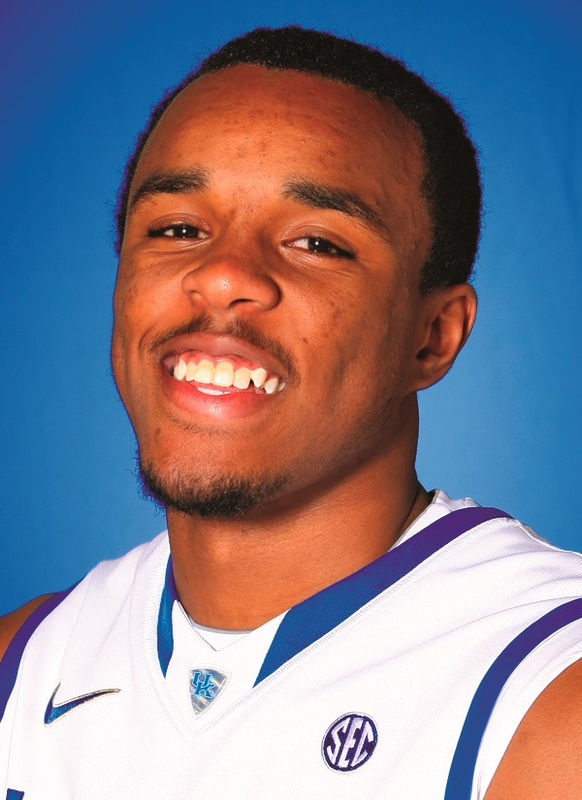 Junior: SEC Academic Honor Roll member … Appeared in a career-high-tying 13 games, playing 12 minutes … Played in two of the Wildcats’ three SEC Tournament games … Grabbed a career-high two rebounds in the home victory over Alabama … Played a season-high-tying three minutes and grabbed a rebound in the win vs. Georgia on Feb. 9 … Also logged three minutes with a rebound in the win over Missouri … Pulled down an offensive rebound in his first appearance of the season, vs. Arizona State.

Sophomore: Made the SEC Academic Honor Roll for the first time in his career … Played in a career-high 13 games during his second season with the Wildcats … Sunk a free throw in the win over No. 5 Kansas … Picked up a block and a steal in the win over UCLA in Chicago … Snatched a rebound in a dominating home victory over Auburn … Saw action in four postseason games including two in the SEC Tournament … Also earned his first career minutes in the NCAA Tournament in wins over Hampton and West Virginia … Scored on a pair of dunks while adding an assist in each of UK’s exhibition wins to begin the season.

Freshman: Appeared in three games as a walk-on freshman … Saw his first career conference action with a minute against Mississippi State … Scored two points on a dunk and added a steal and block in Kentucky’s win over Robert Morris … Logged a bucket and a steal in two minutes of action in UK’s exhibition win over Transylvania.

Averaged 12.9 points and 10.5 rebounds per game in one season with Paul Dunbar in Lexington … Was a Second Team All-City selection in his senior season … Also ran track at Dunbar where he finished fourth in the 100 meters (10.98 seconds) and third in the 200 (21.37) in the Class 3-A state meet … Previously attended high school in California.

Son of Edrick Floreal and LaVonna Martin-Floreal … Both of EJ’s parents were Olympic athletes … His mom was a silver medalist in the 1992 Olympic Games in the 100m hurdles, while his dad competed for Canada in the 1988 and 1992 Olympics … Father is UK track and field head coach … Has a sister, Mimi … Chose Kentucky over Tennessee, Western Kentucky, Cal Poly and Santa Clara … Born March 23, 1995 in Atlanta … His most memorable basketball moment is dunking on former UK player Julius Randle during his freshman year’s Blue-White Game … He chose No. 24 because he’s always worn that number … He points to his father has his greatest influence in life … His pregame superstitions include always eating the same meal of waffles, potatoes and veggies.