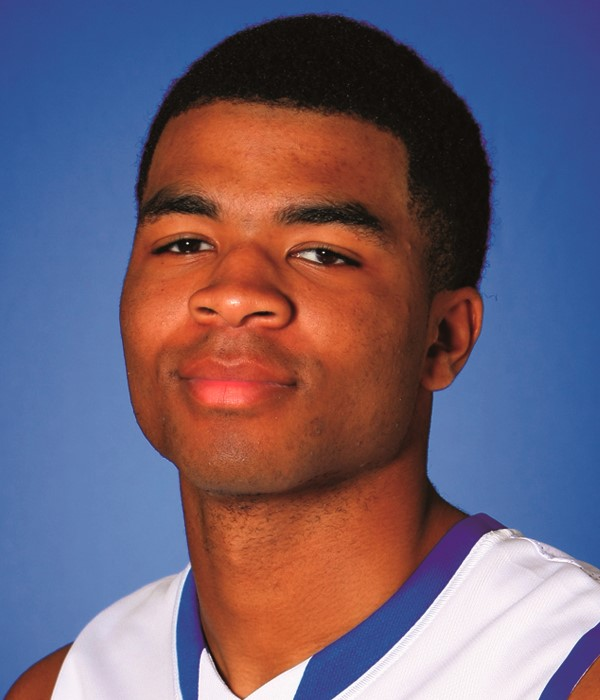 2013-14 (FRESHMAN): Averaged 10.9 points, 3.2 rebounds and 4.0 assists per game as a freshman … Started 39 of 40 games played … Ranked third in freshman single-season history with 159 assists on the season… Finished the year with three or more assists in seven of UK’s final nine games … Tallied eight points, five rebounds, five assists and three steals in the national title game vs. Connecticut … Notched nine points and four assists as UK defeated Wisconsin in the Final Four … Dished out six assists in the Wildcats’ Elite Eight win over Michigan … Tallied 14 points, five rebounds and seven assists in UK’s Sweet 16 win over Louisville … Led UK with 20 points and added three assists en route to knocking off Wichita St. … Bested his career high in assists from the night before with nine assists to go along with 12 points vs. Georgia … Notched a career-high eight assists to go along with 11 points in UK’s win over LSU in the SEC Tournament … Recorded a career-high eight assists to go along with 11 points in UK’s win over LSU in the SEC Tournament … Dished out five assists on the road at Florida … Tallied 14 points, three assists and two steals vs. Arkansas … Led UK in scoring with 20 points, while grabbing four rebounds and dishing four assists vs. Florida … Tallied 16 points, five rebounds and two assists in UK’s win over Auburn … Recorded 14 points, four assists and two steals as UK defeated Missouri … Dished out five assists vs. Georgia … Drained a couple 3s, grabbed eight boards and dished out four assists as Kentucky knocked off Texas A&M … Scored a career-high 26 points, including going 10-for-10 at charity stripe, in UK’s win over Tennessee … Nailed a 3 with 1.2 seconds remaining in regulation to send UK and Arkansas into overtime … Recorded 10 points, eight rebounds, four assists and no turnovers in UK’s win at Vandy … Delivered a season-best 18 points to lead Kentucky to a win over Louisville … Had a career outing on the road at UNC, notching season bests in points and assists, scoring 17 points and dishing out seven assists … Tallied 13 point on 4-of-7 shooting from the field in Kentucky’s win over Boise State … Scored seven points and dished out six assists in UK’s loss to Baylor … Went 8-for-8 from the charity stripe vs. Providence … Scored 12 points and five assists in UK’s win over Cleveland State … Notched 15 points, while dishing out six assists in a win over UT Arlington … Scored eight and pulled down eight rebounds in a win over Robert Morris … Posted 11 points in 38 minutes of action against Michigan State … Scored 13 points in UK’s win over Northern Kentucky … Tallied eight points and dished out a team-high five assists in a win over UNC Asheville … One of four UK freshmen to earn recognition on the preseason watch list for the Wayman Tisdale Award … Was tabbed to the Bob Cousy Award watch list … Selected by the media as a preseason All-SEC second team honoree … Sat out UK’s two exhibition contests with a bone bruise in his right knee.

HIGH SCHOOL: Logged 15.8 points, 7.0 rebounds and 7.0 assists as a senior at Travis where he directed the squad to a state title in 2013 … As a junior he averaged 12.5 points, 6.0 assists, 4.9 rebounds and 2.1 steals, while also helping guide his team to an appearance in the 5A State Championship game and a 36-4 record in 2011-12 … His twin brother, Aaron, is also a member of the Wildcats’ roster … Ranked as the top point guard in the country by all three recruiting services and the third-best prospect in the country by ESPNU Recruiting … Scout and Rivals both rank him as the fifth-best prospect … Suited up for both the McDonald’s High School All-America and Jordan Brand Classic games.