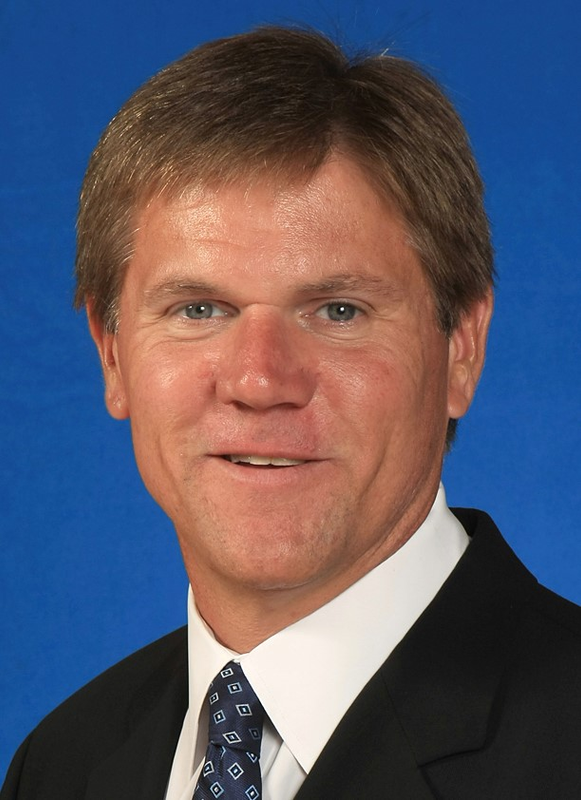 John Robic, a longtime coach in the Kentucky men’s basketball program, has transitioned into an administration role in the athletic department.

Robic completed his fifth season with the men’s basketball team as the special assistant to the head coach in 2020-21 and is a longtime associate of UK head coach John Calipari, including the first seven seasons at Kentucky as an assistant coach.

Robic has been Calipari’s right-hand man throughout their careers. In his current role, Robic scouts future opponents, helps Calipari with game plans, breaks down film with Calipari, and carries out special projects and assignments from the head coach. This past season, in 2020-21, he took on a leadership role in constructing Kentucky’s schedule.

Beginning with their first season together at UMass in 1988-89, where Robic was an assistant under Calipari, the two have been together for 24 seasons. It seems as if the Calipari-Robic duo is a proven combination for thrilling basketball seasons.

Similar to those magical years he assisted at UMass in the 1990s, Robic helped lead Memphis to the program’s most storied era in school history in four seasons with the Tigers (2006-09), as well as helping return Kentucky back among the nation’s elite since his arrival in Lexington.

Robic helped the Wildcats post a 35-3 mark in his inaugural season at Kentucky. The Cats made an appearance in the 2010 Elite Eight while claiming Southeastern Conference regular-season and tournament championships along the way.

During his third season at UK, the Wildcats set an NCAA record with 38 victories en route to the program’s eighth national championship. Anthony Davis was tabbed the national player of the year by several outlets and went on to become the second No. 1 overall NBA Draft pick in three seasons for UK. Kentucky continued to make history when Michael Kidd-Gilchrist was chosen No. 2 overall to become the first teammates to go 1-2 in Draft history. The duo led a record-breaking six selections in the same draft year.

Robic was instrumental in the game prep and scouting for the 2014 trek to the national championship game, a run that some national pundits called one of the greatest NCAA Tournament runs of all time. Seeded No. 8 in a region analysts dubbed “the region of doom,” UK knocked off previously undefeated and top-seeded Wichita State, downed defending national champion and archrival Louisville, and defeated defending national runner-up and Big 10 champion Michigan before edging Wisconsin in the Final Four. UK became the first team ever to knock off three of the previous season’s Final Four teams.

History was once again the story during the 2014-15 season as the Wildcats won a record 38 games to start the season, reaching yet another Final Four while sending six players to the NBA Draft, including the top overall pick for the third time in six seasons.

In his 12 seasons at Kentucky, the Wildcats have won six SEC regular-season and six SEC Tournament championships with 41 players earning selection in the NBA Draft, including 31 in the first round, the most of any school during that time period. He helped UK make history when five Wildcats were drafted in the first round of the 2010 NBA Draft.

His last four years at Memphis, the Tigers won an NCAA record 137 games (137-14 record) while advancing to the 2006 and 2007 NCAA Elite Eights, the 2008 NCAA title game, and sweeping the 2006-09 Conference USA regular-season and tournament crowns. Memphis spent each week of the last four years in the national polls.

In 2007-08, Robic was a part of the Tigers’ “Dream Season,” which lasted through the NCAA championship game. Memphis set an NCAA record for victories with 38 wins (38-2 mark) and held down the No. 1 spot in both national polls for a school-record five straight weeks during the season.

Prior to its move to the Horizon League, Youngstown State put together a tremendous year in the Mid-Con in 2000-01, Robic’s second year at the helm. The Penguins posted a 19-11 overall mark and an 11-5 Mid-Con record. The 19 overall wins were the second most in 16 seasons, and the 11 league victories tied the school record for most conference wins.

Before taking over at Youngstown State, Robic served as an assistant for 11 years at UMass for both Calipari and Bruiser Flint.

After a 10-18 mark his first season on staff, Robic helped lead the Minutemen to nine consecutive winning campaigns.

From 1990-96, the Minutemen averaged 26 wins per year and had six straight 20-win seasons, including two 30-victory campaigns. UMass made the NCAA Tournament Sweet 16 in 1992, Elite Eight in 1995 and Final Four in 1996. It was UMass’ first appearance on college basketball’s largest stage.

After Calipari moved on to the NBA, Robic remained at UMass and was elevated to the associate head coach post under Flint from 1997-99. During his tenure at UMass, the Minutemen posted a 247-111 overall record (.690 winning percentage) and earned nine postseason tournament bids (seven NCAA, two NIT).

A graduate of North Hills High School in Pittsburgh, Robic attended Walsh College in Canton, Ohio, before transferring to Denison University in Granville, Ohio, where he earned his bachelor of arts in speech communication and physical education in 1986.

At Denison, Robic garnered Division III All-America accolades as a senior and was a two-time all-conference performer. He was one of 10 former players to be named to the 10th Anniversary All-Decade Team in the league in 1994. In the fall of 2006, he was inducted into the Denison Athletic Hall of Fame. Robic was inducted into the North Hills High School Hall of Fame in 2004.

Robic and his wife, Heidi, have three daughters, the late Hayley Robic, Alli and Sophie. All three are University of Kentucky graduates.