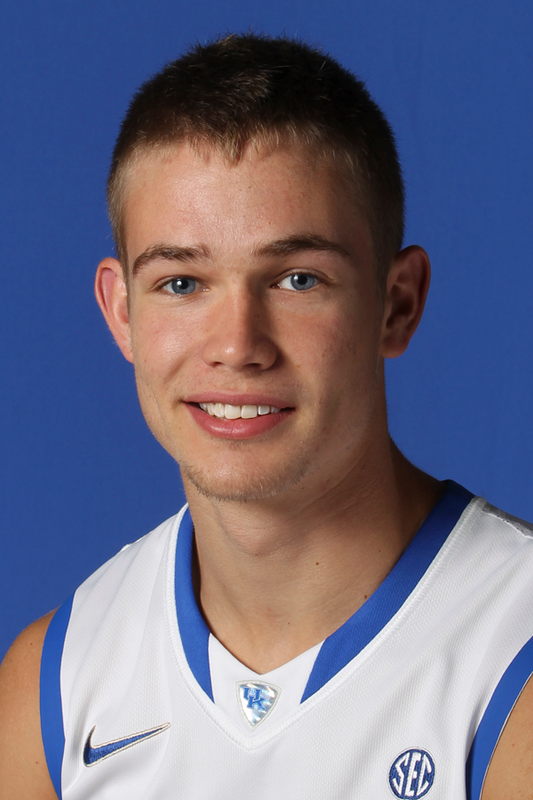 Junior: Graduated in three years with a degree in Finance in the spring of 2013 … Will pursue a second degree this year … Played in all 33 games … Had three double-figure scoring efforts, while setting career-highs in nearly every category … Scored 10 points and dished out three assists in a career-high 31 minutes against Robert Morris in NIT … Totaled four points, two rebounds and two assists in 13 minutes of work in win over Florida … Tallied nine points, four rebounds and three assists in win over Mississippi State … Scored a career-high 11 points in first career start at Tennessee while tying his career high with four rebounds … Totaled four points, including a 3-pointer in 15 minutes at Florida … Hit his first career 3-pointer in SEC play while playing a career-best in league play 20 minutes to go along with three boards and two steals in a win over Auburn … Grabbed a pair of rebounds and dished two assists in 11 minutes of action in win over South Carolina … Hit a pair of free throws, grabbed a rebound and handed out an assist in 13 minutes in win at Texas A&M … Scored two points and grabbed two rebounds in 15 minutes at Ole Miss … Grabbed three rebounds and handed out two assists in 14 minutes at Alabama … Tallied six points and three rebounds while registering first career block in 10 minutes in win at Auburn … Grabbed a career-high four rebounds in win over Eastern Michigan … Tallied seven points in win over Lipscomb … Dished out a career-high four assists against Samford, while tying career-best with two steals … Totaled five points, two rebounds, an assist and a steal in 19 minutes against LIU Brooklyn … Connected on his first career 3-pointer, scoring seven points, dishing out three assists and recording a career-high two steals in a career-high 26 minutes against Lafayette … Saw 12 minutes of action, grabbing one rebound against Duke … Established career highs in points (10), assists (3), FG made (4) and minutes (22) in season opener against Maryland.

Averaged 18.2 points, 6.4 assists and 4.9 rebounds as a senior at West Jessamine High School, leading the squad to the second round of the Sweet 16 state tournament … Scored 40 of the team’s 60 points in the regional semifinals and 31 of the squad’s 51 points in the regional finals to help West Jessamine advance to the Sweet 16 state tournament … Finished his career as the school’s all-time leading scorer with 1,884 points … Named First Team All-State by a number of publications.

Born on May 8, 1991 … Son of George and Chrisi Polson … Walk-on who earned a scholarship … Chose Kentucky over Liberty.