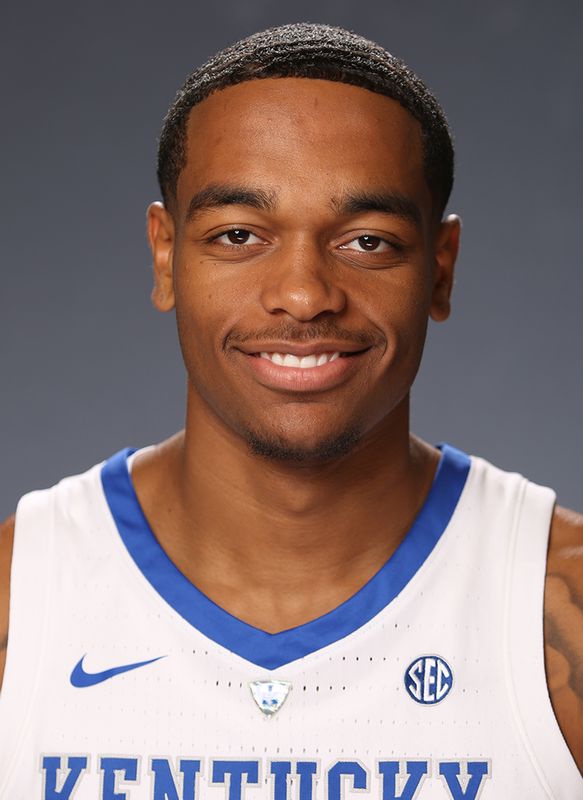 Sophomore: Selected 12th overall by the Charlotte Hornets in the 2019 NBA Draft … Monster season that led to numerous national honors, chief among them, NCAA Consensus All-America Third Team selection … Tabbed a third-team All-America selection by all four NCAA-recognized All-America teams (Associated Press, Sporting News, U.S. Basketball Writers Association and National Association of Basketball Coaches) … Also named an All-American by USA Today (Second Team), Sports Illustrated (Second Team), Basketball Times (Third Team) and CollegeInsider.com Lute Olson … Named to the All-Southeastern Conference First team by both the league’s coaches and the media … Citizen Naismith Trophy semifinalist … Appeared on the John R. Wooden Award national ballot … One of five finalists for the Naismith Memorial Basketball Hall of Fame’s Karl Malone Award, presented to the nation’s top power forward … Tabbed a two-time SEC Player of the Week and was a member of the NCAA All-Tournament Midwest Region Team …USBWA All-District IV Team and NABC All-District 21 First Team … Led Kentucky in scoring averaging (15.2) and rebounding (7.5) … Enjoyed career highs in virtually every major statistical category … Scored in double figures in 25 games … Led UK in scoring in a team-high 16 games … Also led UK in rebounding in a team-best 16 games … Team-high nine double-doubles … Scored 20 or more points a team-high 11 times … Finished second on the team in blocks with 43 … Averaged 17.2 points, 6.8 rebounds and shot 54.8 percent in his 11 games vs. AP Top 25 opponents … One of only four players in the country standing 6-foot-8 or taller who averaged at least 15.0 points per game, shot at least 50 percent from the field, at least 40 percent from 3 and made at least 30 3-pointers … After making just five 3-pointers in his freshman season, made 33 this season on 42.3-percent shooting, the best mark on the team … Averaged 16.1 points and 6.6 rebounds in league play … After missing the first two NCAA Tournament games with a sprained left foot suffered in the SEC Tournament semifinals, was dominant in the NCAA Midwest regional games by averaging 22.0 points and 7.5 rebounds while shooting 61.5 percent … Played arguably his best game of his career in in the season finale vs. No. 14/18 Auburn in the regional finals with a game-high 28 points, 13 rebounds and two 3-pointers in 37 minutes … In his first game back from his foot injury, came off the bench to score 16 points in 26 minutes on an efficient 6-of-8 shooting performance vs. No. 11/9 Houston … Scored in double figures in 19 of his final 20 games, averaging 17.7 points and 7.2 rebounds during that time span … Double-double vs. Alabama in the SEC Tournament quarterfinals with 10 points and 12 rebounds, plus four assists and four blocks … Just missed out on a double-double with 15 points and nine rebounds in the regular-season finale at home vs. Florida … Scored 20 or more points in eight of 10 games from Jan. 22 to Feb. 23 … Shot better than 50 percent in eight of those 10 games … Scored 24 points with a career-high five 3-pointers in the home win vs. Auburn … Named the USBWA Oscar Robertson National Player of the Week after scoring 23 points on 9-of-12 shooting in home win over top-ranked Tennessee … Went for 20 points, nine rebounds and three assists in a narrow loss to eventual SEC regular-season champion LSU … Recorded 23 points in a road win at Mississippi State on 9-of-13 shooting, including a 3-for-3 day from behind the 3-point line … Scored 20 points at South Carolina  … Recorded three straight double-doubles at Florida (15 points, 12 rebounds), at Vanderbilt (26 points, 12 rebounds) and at home vs. No. 9/10 Kansas (20 points, 13 rebounds) to become the first player with three straight double-doubles since Julius Randle in March 2014 … Also the first player with back-to-back 20-point, 10-rebound games since Randle in November 2013 … Posted 21 points with four blocks and three 3-pointers at home vs. No. 22/22 Mississippi State … Flirted with a triple-double with 11 points, 10 rebounds and a career-high eight assists in the win over No. 9/10 North Carolina in the CBS Sports Classic … Scored a career-high 29 points in the game vs. Seton Hall with a 12-for-13 day at the free-throw line … Also grabbed 12 rebounds vs. Seton Hall for the double-double, plus added four assists and four blocks … Double-double (19 points, 11 rebounds) vs. Winthrop … Grabbed a career-high 18 rebounds vs. VMI to go along with 19 points for his first double-double of the season … Scored 25 points on 9-of-13 shooting in addition to seven rebounds against North Dakota.

Freshman:  Declared for 2018 NBA Draft but, removed his name from consideration and returned to play for his sophomore season … Appeared in 37 games for the Wildcats, starting 30 of them … UK’s third-leading scorer with a 10.8 average … Led UK in rebounding with 211 total boards … Also led the Wildcats with three double-doubles … Added 57 assists and 31 blocks, both third most on the team, respectively … Scored in double figures in 11 of the final 12 games of the season, averaging 12.9 points and 6.8 rebounds per game while shooting 57.6 percent from the floor … Also grabbed at least five rebounds in 12 of the last 13 games … Played all 40 minutes and posted a double-double vs. Kansas State in the Sweet 16 with 18 points and a career-high 15 rebounds in addition to a career-high-tying three steals … Scored in double figures in all three NCAA Tournament games … Recorded 14 points and eight rebounds vs. Alabama in the Southeastern Conference Tournament semifinals … Went for 18 points and seven rebounds while making 8 of 12 shots in the SEC Tournament quarterfinals vs. Georgia … Notched a double-double with 13 points and 10 rebounds at Arkansas … Also added three assists, three blocks and two steals … Scored 16 points vs. Alabama at home … Scored a career-high 22 points on 6-of-10 shooting and a 10-for-14 day at the free-throw line vs. Mississippi State … Added six rebounds, two assists, two blocks and a career-high-tying three steals … Scored in double figures in five straight games from Jan. 3-16 … Just missed out on a double-double with 10 points and eight rebounds at Vanderbilt … Scored 16 points vs. Texas A&M at home … Made 8 of 11 shots en route to 18 points at LSU … Posted 16 points and seven rebounds vs. Louisville … Thanks in part to a 9-for-9 performance at the free-throw line … Scored a then-career-high 20 points vs. Monmouth … Also blocked a career-high-tying four shots … Had an all-around efficient night with 17 points, five rebounds and four assists in just 24 minutes vs. UIC … Flirted with a double-double with 12 points and eight rebounds vs. ETSU … Blocked a career-high four shots in addition to three assists vs. No. 4/3 Kansas in the State Farm Champions Classic … Posted his first career double-double with 17 points and 10 rebounds vs. Vermont.

Rated as high as the No. 12 overall prospect in the class of 2017 rankings by ESPN … Scout and Rivals tab him at No. 15 overall and 247Sports ranks him No. 19 … He was named to the All-USA Boys Basketball Second Team in March and played in the 2017 McDonald’s All American Game and the Jordan Brand Classic … He also won most valuable player honors at the inaugural Allen Iverson Roundball Classic … Washington started all five games and averaged 10.0 points and 4.0 rebounds for the gold-medal winning 2016 USA Men’s U18 National Team in Chile … The forward was also a member of the 2015 USA 3×3 U18 World Championship Team, which finished in eighth place in Debrecen, Hungary … Suited up for Coach Calipari and Team USA at the 2017 FIBA U19 World Cup … Averaged a team-high 12.9 points per game and also added 5.1 rebounds per outing en route to a third-place finish … An honor-roll student.

Born Aug. 23 in Louisville, Kentucky … His major is undeclared/exploratory studies in communication … His parents are Sherry and Paul Washington Sr. … Has two siblings, Alex and Spencer … Both parents played basketball at Middle Tennessee State … He also participated in track and football … Played for Penny Hardaway and Team Penny in AAU … His favorite activity away from the court is spending time with his family … Biggest fear is not reaching his goals …  Chose his jersey number because he has worn No. 25 his entire life.