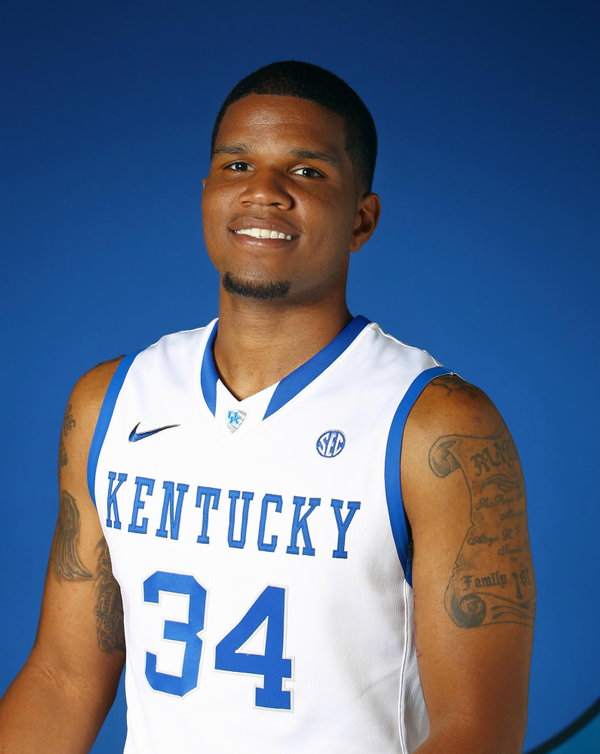 Graduate Student: Connected on a 3-pointer in 20 of last 21 games … Connected on three 3s with 13 points in win over Florida … Hit three 3s against MSU en route to an 11-point, three rebound, four assist evening in just 21 minutes … Scored a team-high 24 points including 4-of-8 from 3-point range and 8-of-9 from the free throw line in a career-high 44 minutes against Missouri … Had a solid game in win over Vanderbilt with nine points, six rebounds and a team-high six assists in 39 minutes … Tallied 12 points including three 3s in game at Tennessee … Scored a team-high 10 points at Florida including a pair of 3s … Has hit 4 3-pointers three times in last six games … Scored 10 points while grabbing six rebounds in win over Auburn … Hit 4-of-5 3s in win over South Carolina, finishing with 15 points and a game-high four assists … Scored a season-high 19 points at Texas A&M hitting 4-of-6 from 3-point range … Hit 5-of-6 from the free throw line in the overtime period at Texas A&M … Tied career-high with seven rebounds in win at Ole Miss … Nailed 4-of-5 3-point attempts against Alabama … Hit 3-of-7 from 3-point range to finish with 13 points against Eastern Michigan … Dished out a game-high five assists against Marshall … Grabbed a season-high six rebounds against Lipscomb … Scored 13 points in 33 minutes against Portland … Hit multiple 3s in four-straight games including a season-high four 3-pointers, totalling a season-best 16 points at Notre Dame … Tallied 15 points and six assists in win over LIU Brooklyn … Scored in double-figures (11) for the first time as a Wildcat against Morehead State … Handed out a career-high 10 assists in win over Lafayette … Scored seven points to go along with three assists against Duke … Hit his first 3-pointer as a Wildcat in the season-opening win over Maryland … Finished with seven points and a pair of steals against the Terrapins … Scored his 700th career point against Maryland … Credited with four steals while scoring six points in exhibition against Northwood … Finished with 14 points and five assists while hitting 4-of-8 from 3-point range against Transy … Averaged 10.0 ppg, 3.5 assists and 3.0 steals per game in two exhibition games, while shooting .600 (6-10) from 3-point range.

Named the Horizon League Newcomer of the Year and was a second-team All-Conference selection after leading the Raiders with 14.1 points per game … Notched a career-high 33 points vs. UIC in which he set a Wright State and Horizon Conference record with 19 made free throws … Had 18 double figure scoring games … Two-time Horizon League Player of the Week … Was in contention for the GEICO Play of the Year for his game-winning 3-point shot vs. Idaho … Scored 21 points against Florida.

Averaged 4.6 points and 1.2 rebounds while playing in 36 games for the Wolfpack as a sophomore … Shot 31 percent overall and 34 percent from three while dishing out 57 assists … As a freshman, averaged 4.7 points and 1.2 rebounds in 22 games … Logged three starts each season at NC State … Collected his then career-high 18 points against Maryland in the ACC Tournament as a freshman and registered 17 points as a sophomore against Clemson as well as 16 points against Georgia State.

Played at Marion High School in Marion, Ind…. Averaged 18.6 points per game as a senior including 44.3 percent from 3-point range … Led his team to a 24-5 record, and the 4A state championship game … Scored 21 points in the loss in the state title game … Earned first-team all-state honors … Was a three-time Grand County Player of the Year … Also named all-tournament and all-county … Was named regional player of the year, conference player of the year, and was a first-team all-state selection as a junior … Averaged 19.6 points and 4.6 assists that season … Connected on 42 percent of his shots from three-point range, and 82 percent from the free throw line … Helped Marion finish 21-4, and advanced to the state 4A semifinals … Team went 60-15 during his final three seasons … Played in the two Indiana-Kentucky All-Star games following his senior season … Ranked No. 149 nationally and the No. 34 point guard by Rivals.com … Ranked No. 134 nationally by Prep Stars.