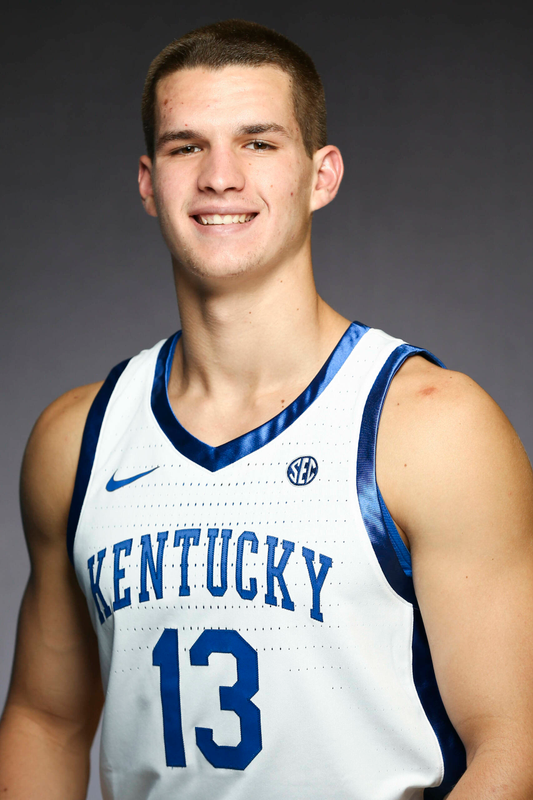 HIGH SCHOOL
Served as a captain for Sycamore as a senior and helped lead the team to the Greater Miami Conference championship … Team amassed a 20-3 record, which was the best in school history this past season … Were also district runners-up after getting off to a 9-0 start, the best in school history … Shot 43% from 3-point range as a junior and had 14 points and six boards against Middleton on Senior Night … Also participated in soccer and baseball for Sycamore … Was a summa cum laude graduate and was also a National Merit Scholar Commended … Four-time All Conference Academic Team member … Was a member of the National Honor Society, the Spanish National Honor Society, a Student Ambassador and a member of the Sycamore Athletic Leadership Team … An Honor Roll student.

PERSONAL
Born April 15 in Florence, Kentucky … Parents are Dana and Gregg Darbyshire … Has five siblings, Bryce, Lola, Cash, Jeff and Cove … Major is finance … Most memorable basketball moment was winning the GMC league title while playing with his younger brother, Bryce … Father played basketball at Kent State and Miami (OH), grandfather, Lynn played football and competed in track at Florida State and Miami (OH) … Favorite food is chicken and waffles … Lists Karl-Anthony Towns as his favorite basketball player … Off the court he likes to play pickleball and can also speak Spanish … Favorite movie is Happy Gilmore and favorite TV show is Family Guy … Lists his dad as the most influential person in his life … Chose Kentucky over Kansas, Cincinnati, College of Charleston, Xavier, Indiana and Miami (OH).